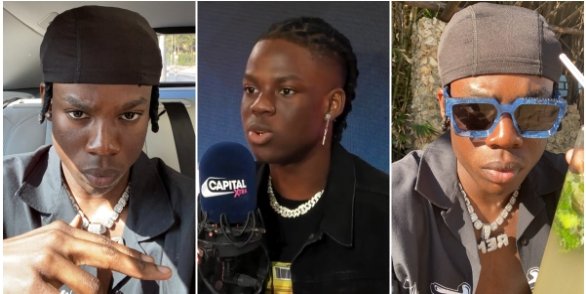 Music star Divine Ikubor popularly known as Rema has stirred up social media with some photos which he posted on social media.

The singer took to his Twitter page to share two different unedited photos of himself to his fans and followers.

However, this has caused a stir on social media as his fans and followers are asking questions as to who exactly is in the photos he shared. 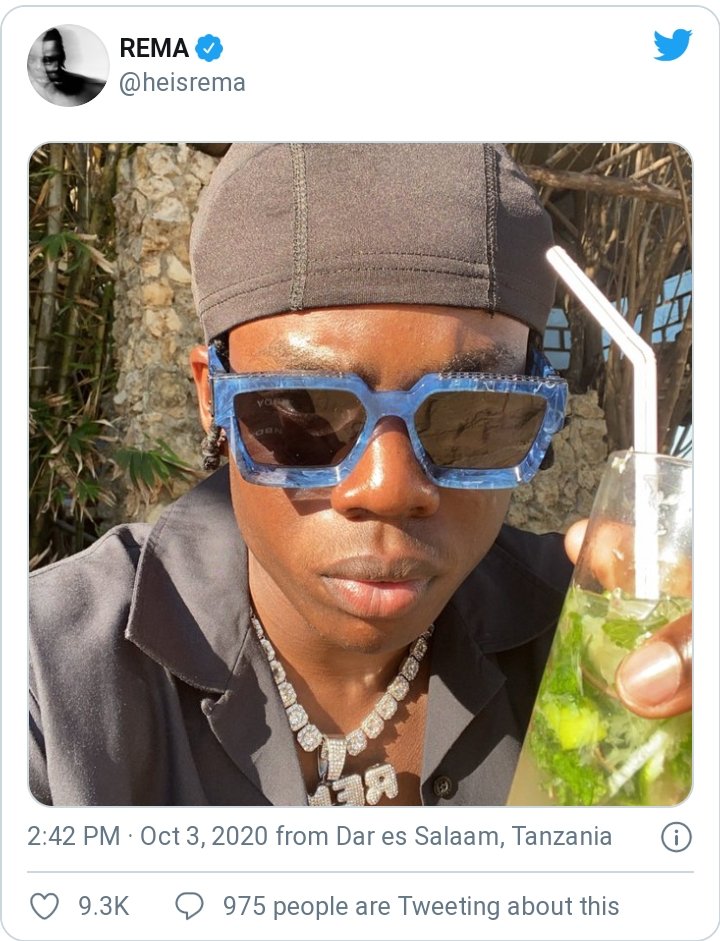 Rema was seen rocking a stylish glass but there was a noticeable difference between the person in the photo and the young handsome artist that most people have grown accustomed to. 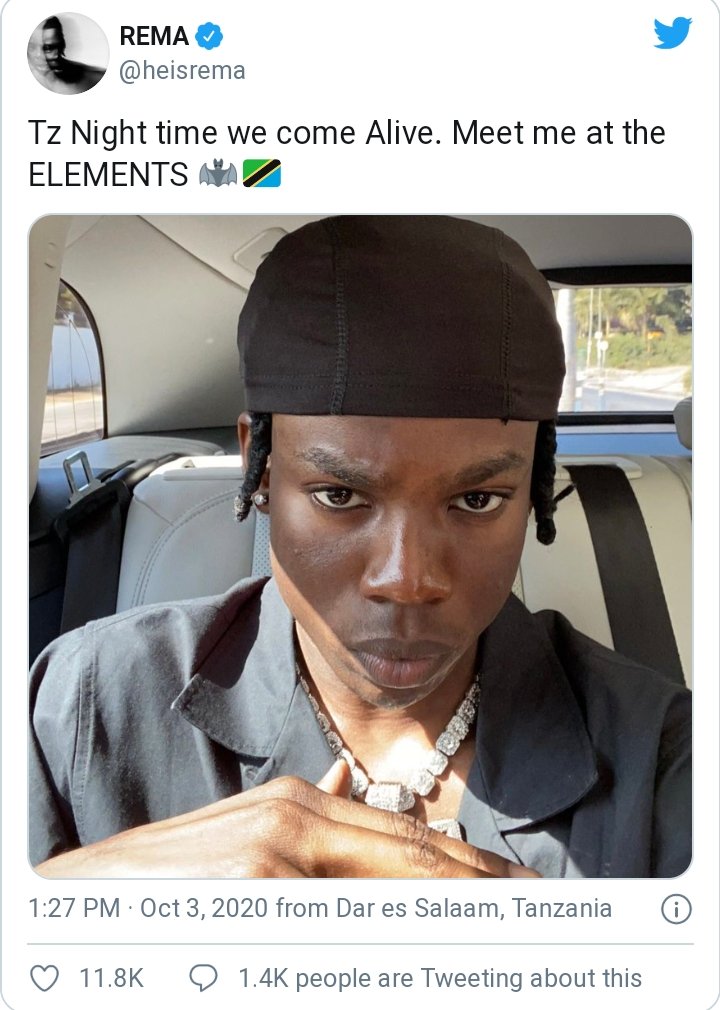 Checkout reactions from his fans: 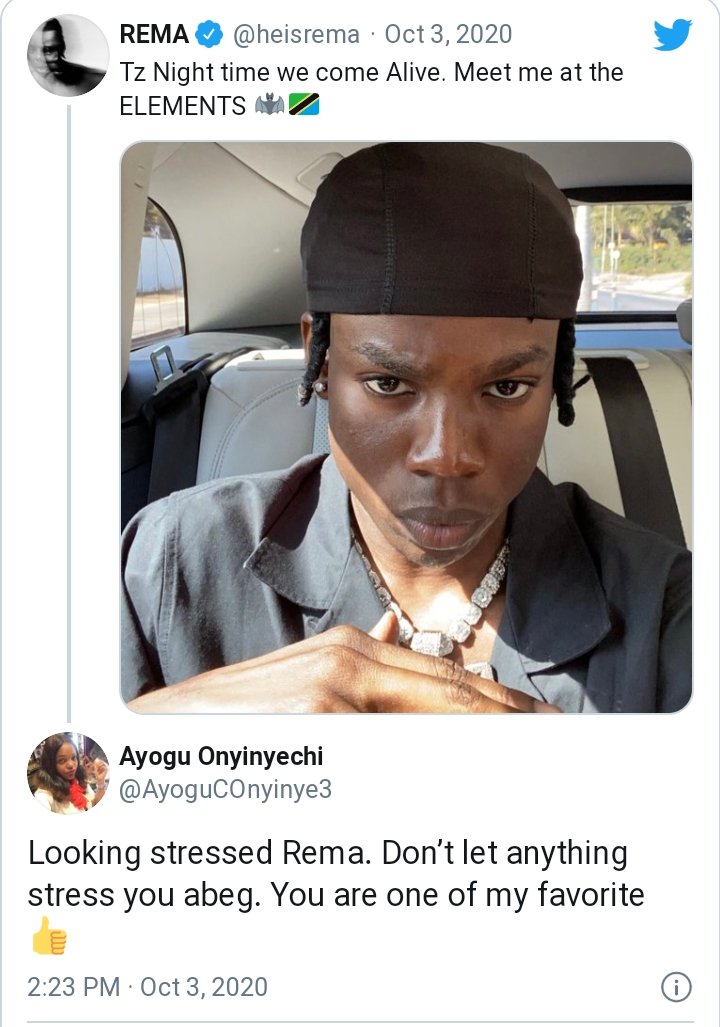 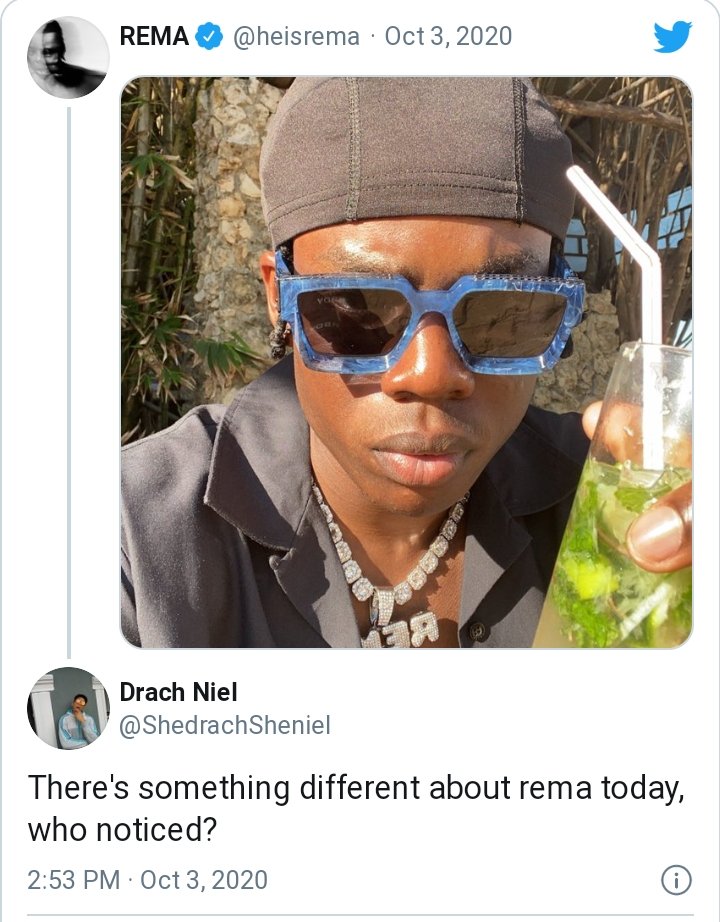 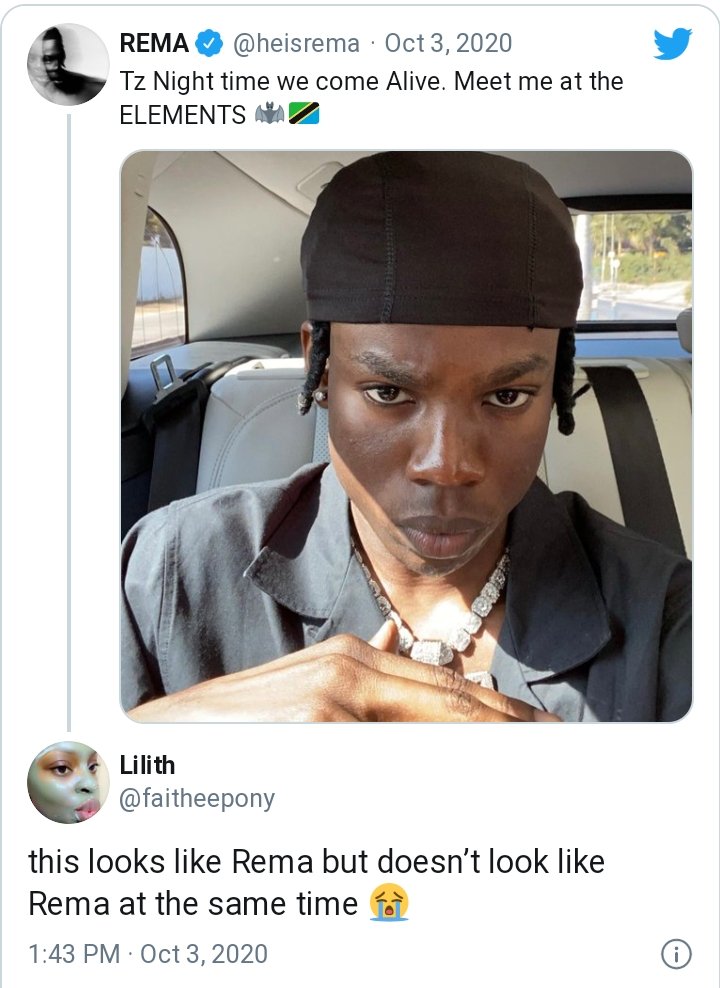 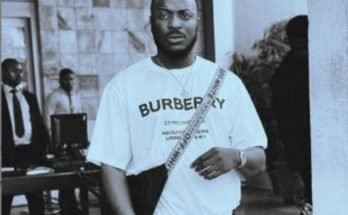 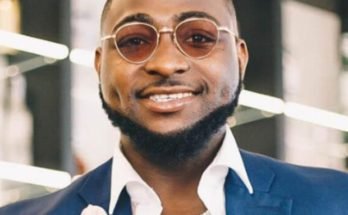