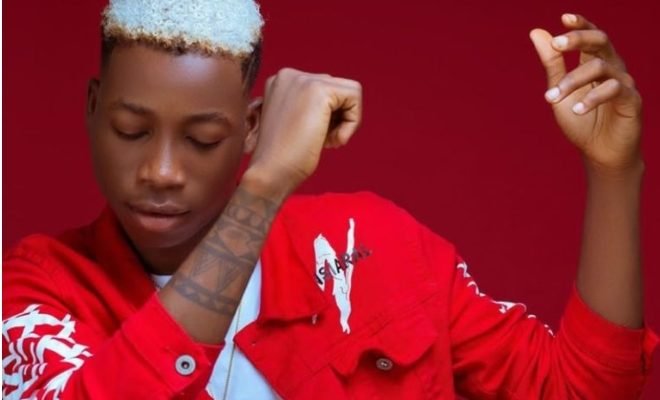 Lil Frosh, one of music star Davido’s new signee has been accused of brutally beating up his girlfriend.

This was brought to the public notice by his girlfriend’s brother simply known as Micheal who shared photos of her bruised face to ascertain his words. According to him, Lil Frosh has caused a lot of body harm to his sister who he constantly beats and threatened to expose her nudes if she speaks out about his maltreatment towards her adding that he has caused her nothing but pain and disaster.

He wrote: ” @thacutegeminme my client and sister has suffered enough!!! We have kept quiet enough @lhilfrosh. You have done enough damage for almost a year now you have been in a relationship with my sister and client and you have brought her nothing but horror, pain and disaster. I remember the first time I found out about you beating her on Monday 22nd of June” Part of the post read

Micheal further revealed how his sister lost some major job opportunities simply because of the bruises she incurred from the singer’s numerous abuse on her.

@official_lyta team reached out to me wanting to use her for his musical vidoe shoot but she kept on saying you didn’t like it not knowing you had beaten her to pulp and she couldn’t face the world with so much Bruise. Their team begged to double the money but she couldn’t take the job because of you”

“You created so much fear in her till she turned down the job, but you still didn’t stop on a particular day you called me and you were begging me for almost 3 hours on the phone telling me to talk to her just to get back to you. Which I begged her and you promised never to lay your horrible hands on her.”

@lhilfrosh you are very wicked
I’m tired of trying to protect your image while you continually ruin her and break her into pieces.”

“You even recorded her naked !! Threatening to post it after beating her bro @lhilfrosh you better be ready”

@thechefchi please you are a woman please see to this 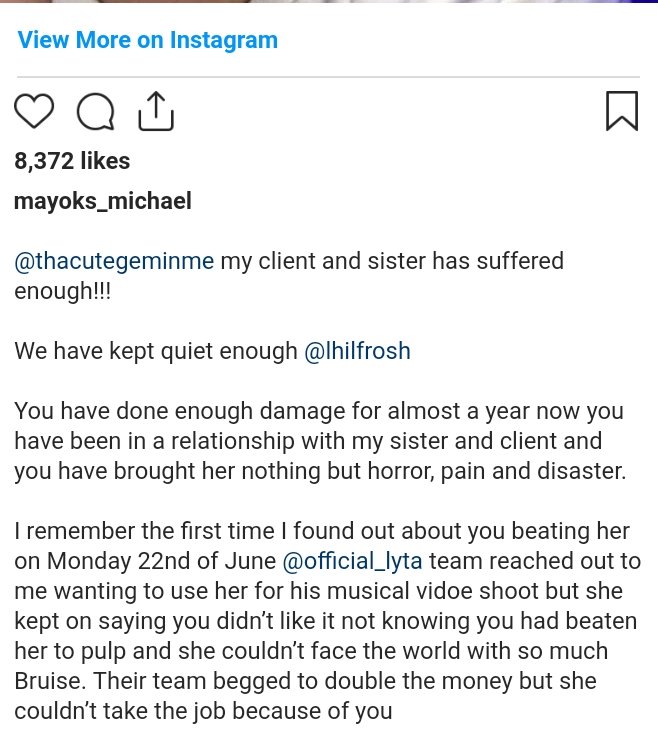