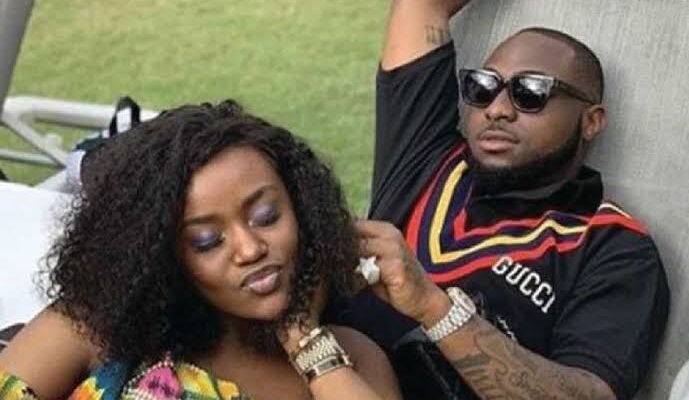 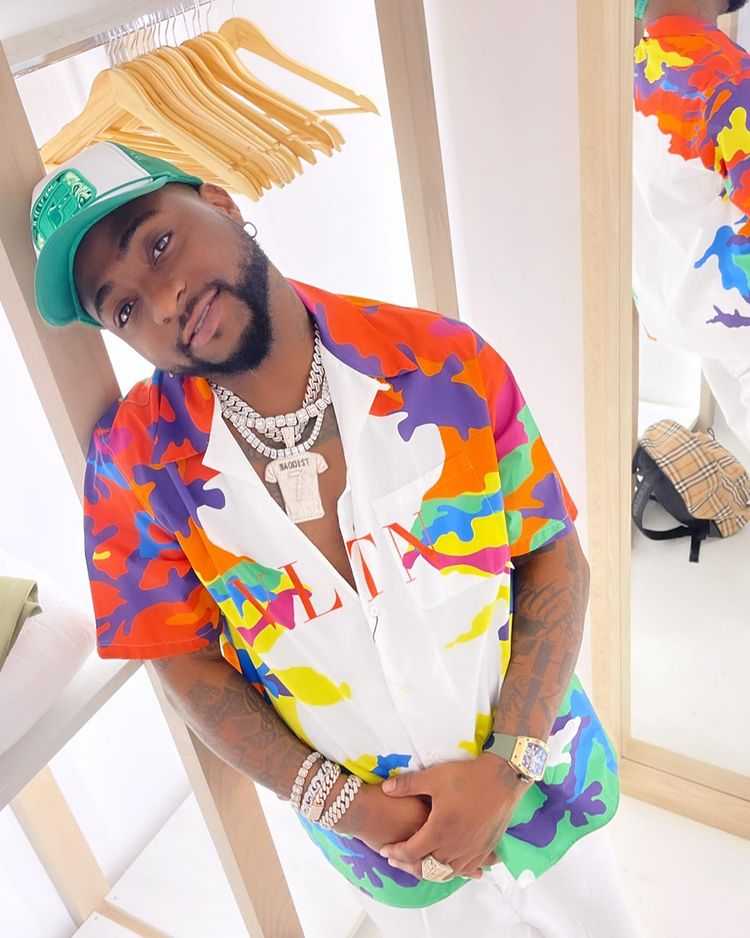 This is coming after the singer and his baby mama were spotted for the first time together in ages at their son’s birthday party.

Davido had taken to the micro-blogging platform, Twitter, to rejoice as the last month in the year kicked off.

Read: Regina Daniels’ sister, Destiny shades Regina as she reveals one mistake she can never make 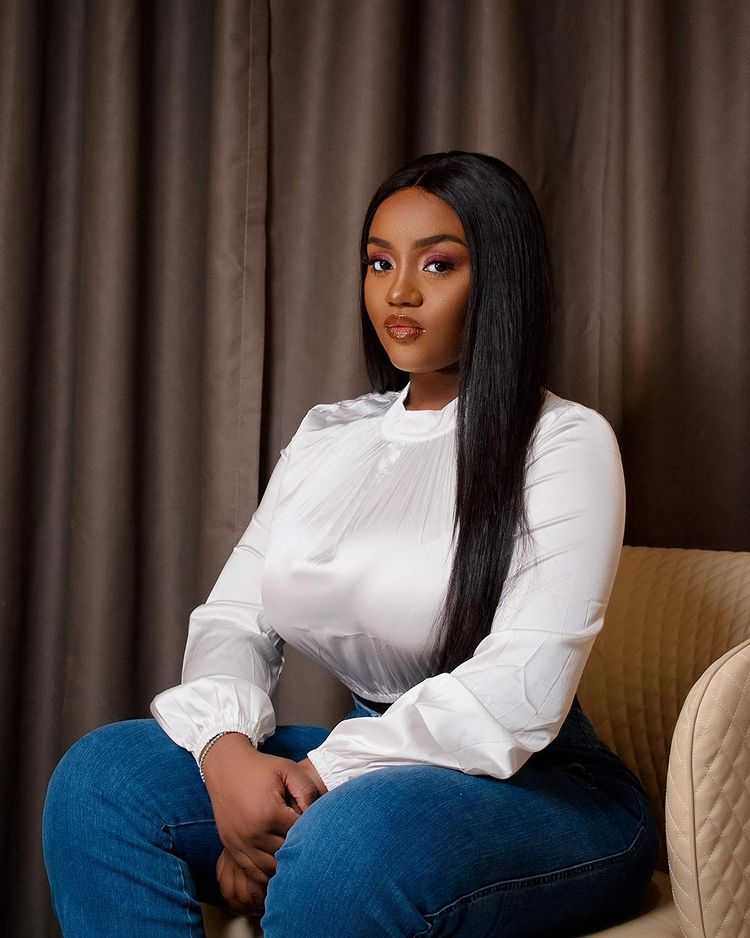 In reaction, a fan encouraged the billionaire’s son to settle with Chioma and put a ring on her finger for the sake of their son.

“Davido before the year ends, it will be in the best interest of ur fam if u can try fixing up ur relationship with Chioma marry her as u earlier intended. Give it another shot cos nothing beats raising a child in a unified home. Compliments of the season in advance by the way,” he wrote. 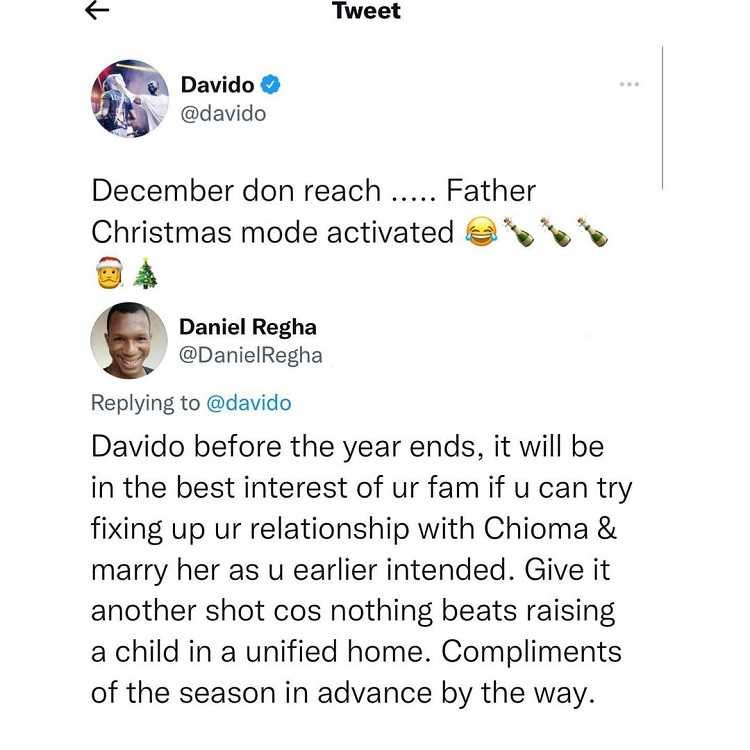