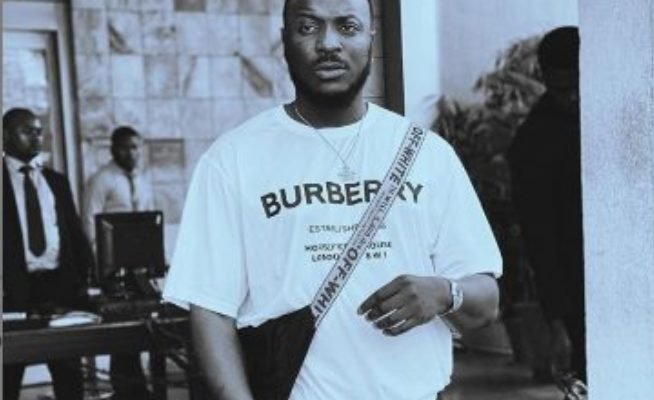 Peruzzi has finally addressed the reports that he slapped one of Marvin Records finest act Rema at the just concluded Big Brother Naija party on Sunday.

Rema recently called out those that are envious of his fame on social media he also apologized to his friend whom he stole a laptop from alongside other things which he penned on his social media page. Rumours of Peruzzi slapping the young singer surfaced online and has spread like wild fire.

Peruzzi took to his Twitter page to address the reports. He disclosed that he was falsely accused of slapping someone. He mentioned further that he wasn’t at the party and does not even know where the Big Brother House is located.

“So y’all made me trend earlier accusing me of slapping someone. Not even 1 video of me anywhere at that party. I no even know where bbn house Dey. Still love.” He wrote. 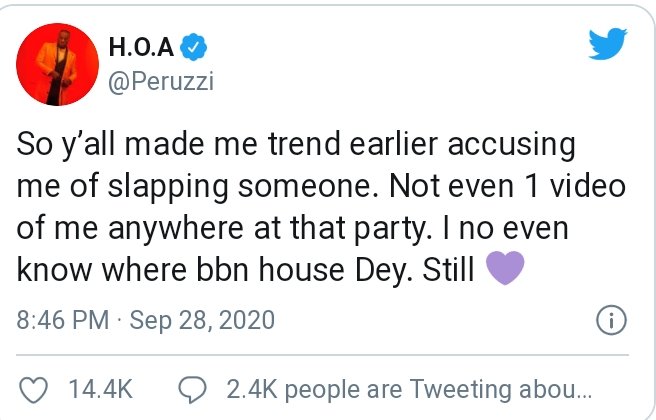 Singer Davido Celebrates Son Ifeanyi As He Clocks One