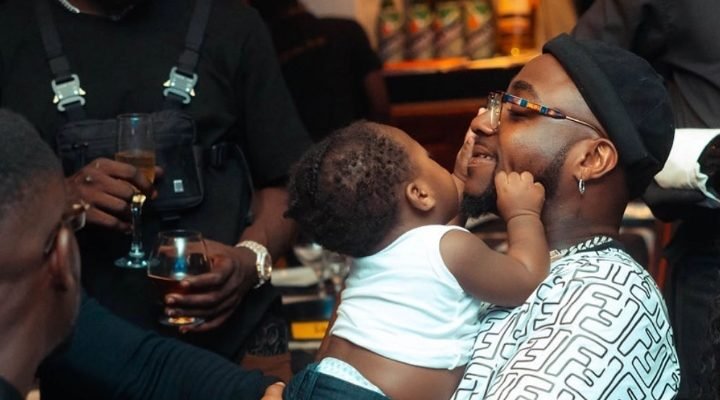 Music star David Adeleke popularly known as Davido is definitely in a joyous mood today as today marks the first year in which he welcomed his first son.

The singer took to his social media ages to celebrate his son David Ifeanyi Adedeji Adeleke who clocked a year today October 20, 2020.

He wrote:”Happy birthday to my beloved son DAVID IFEANYI ADEDEJI ADELEKE Jr !!! Today a king was born!! Prince!! May you become more than me in Jesus name! LOVE YOU SON.” 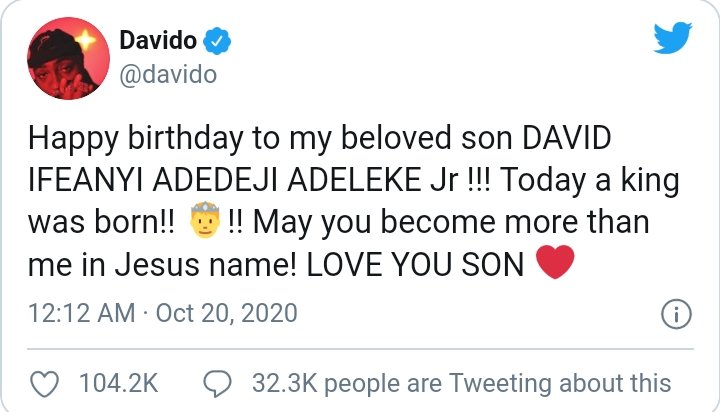 Also, a member of Davido’s crew Peruzzi celebrated the little boy noting that he is bringing the birthday cake of the celebrant. 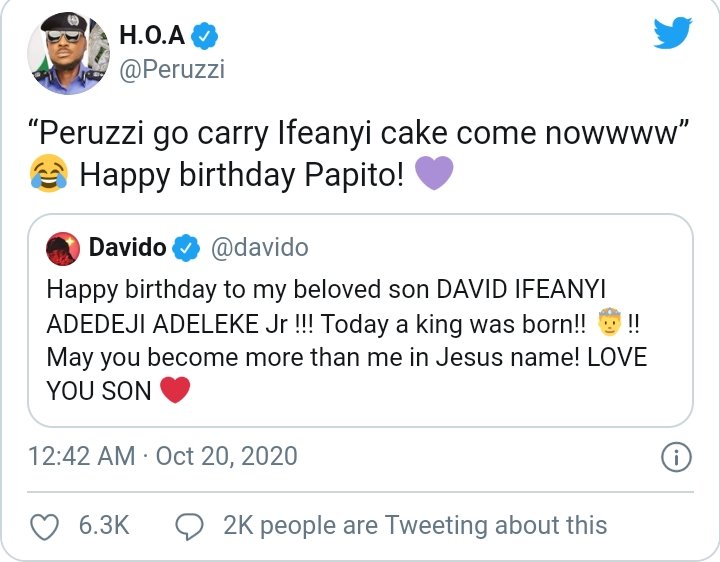 Fans and well wishers of the singer also took to their timeline to celebrate Davido’s son who just clocked a year, some seemed surprised that it’s a year already while others dropped a word of prayer for the celebrant.

See some posts below: 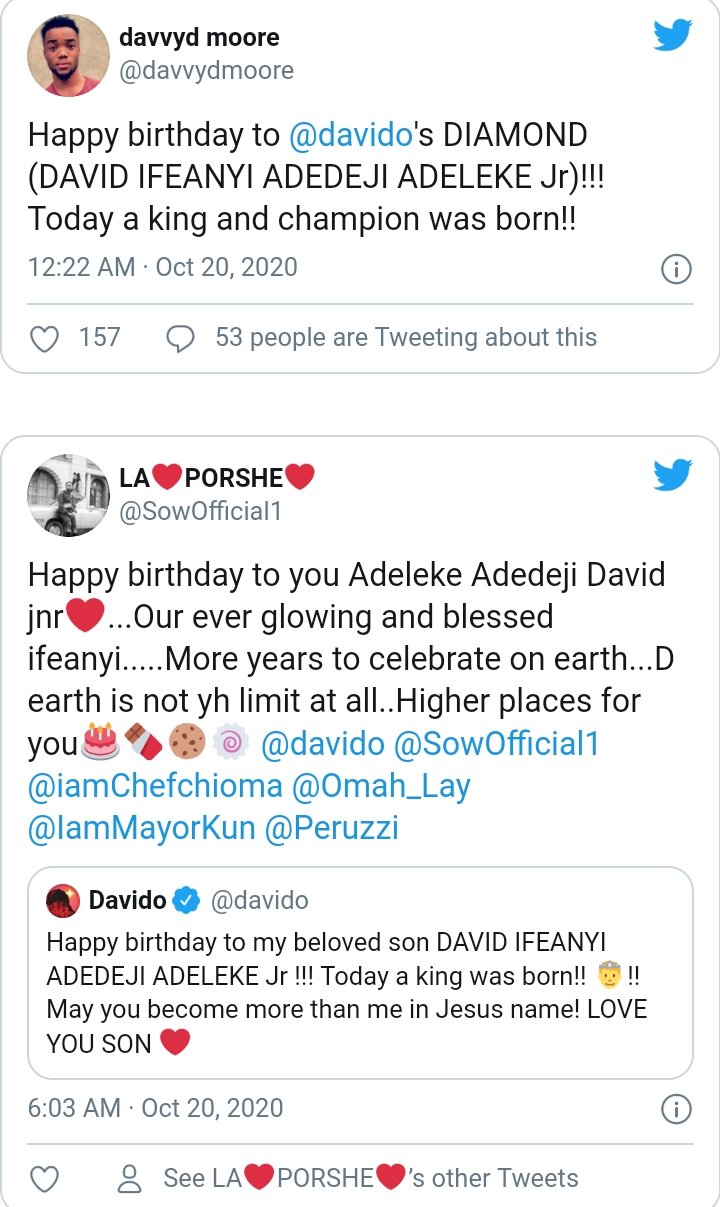 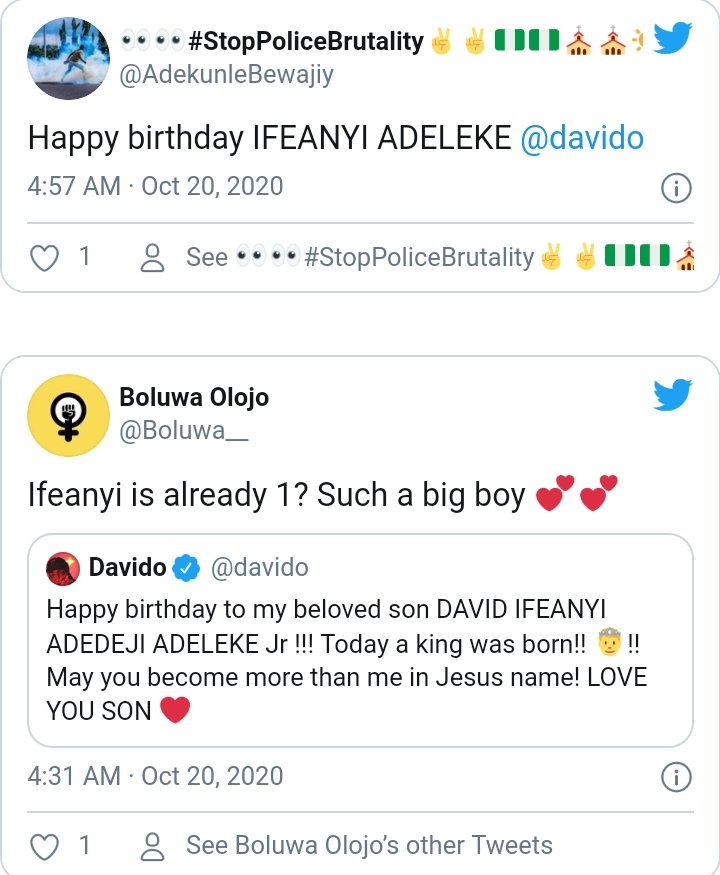 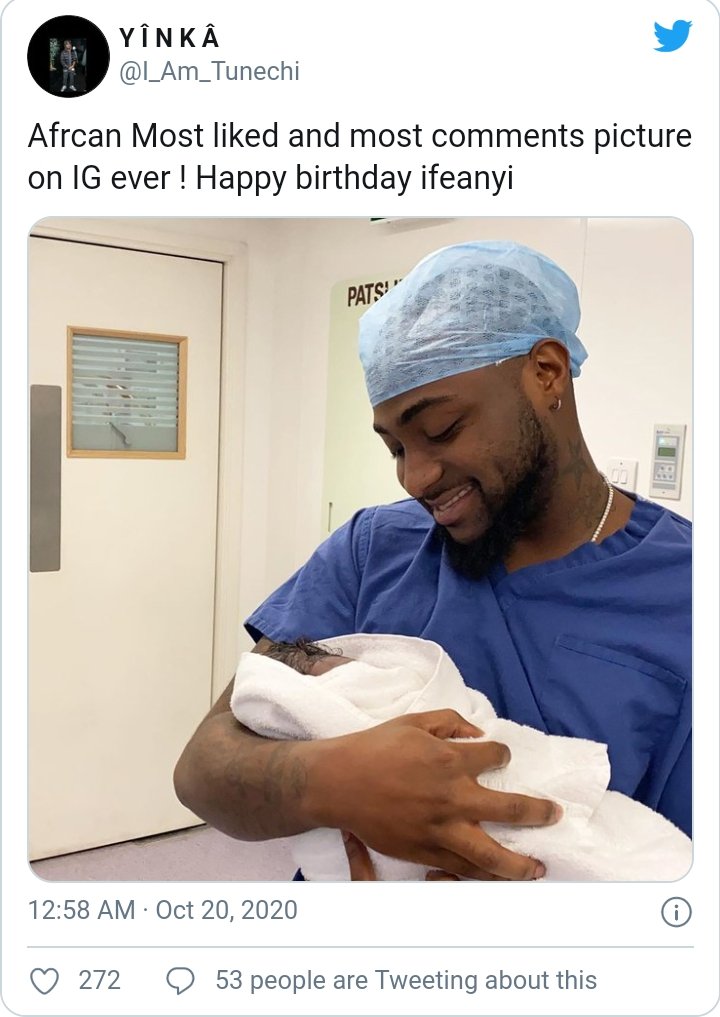 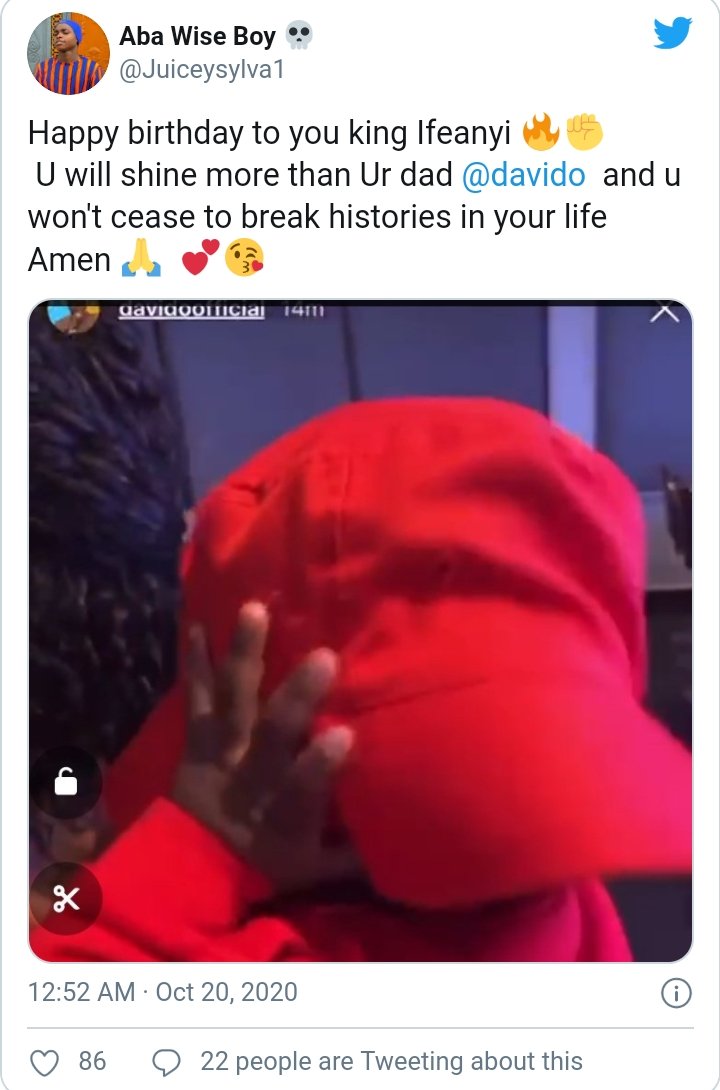 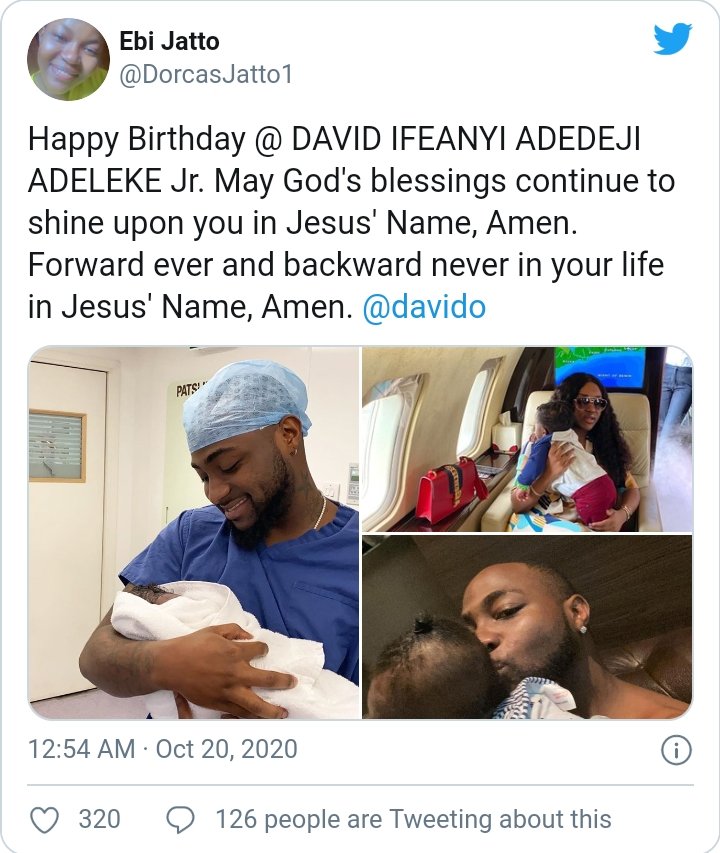