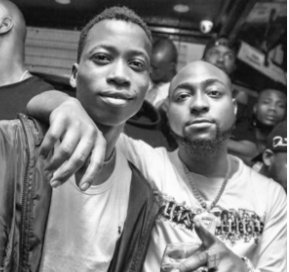 Nigerian singer, David Adeleke popularly known as Davido has finally reacted to the misconduct of one of his label artiste named Mr Sanni Goriola Wasiu aka Lil Frosh.

According to reports, the young rapper has been physically assaulting his girlfriend named Gift. The reports went viral after Gifts brother simply known as Micheal took to social media to call out the rapper for maltreating his sister with pictures of the lady brutally beaten to back up his claims. 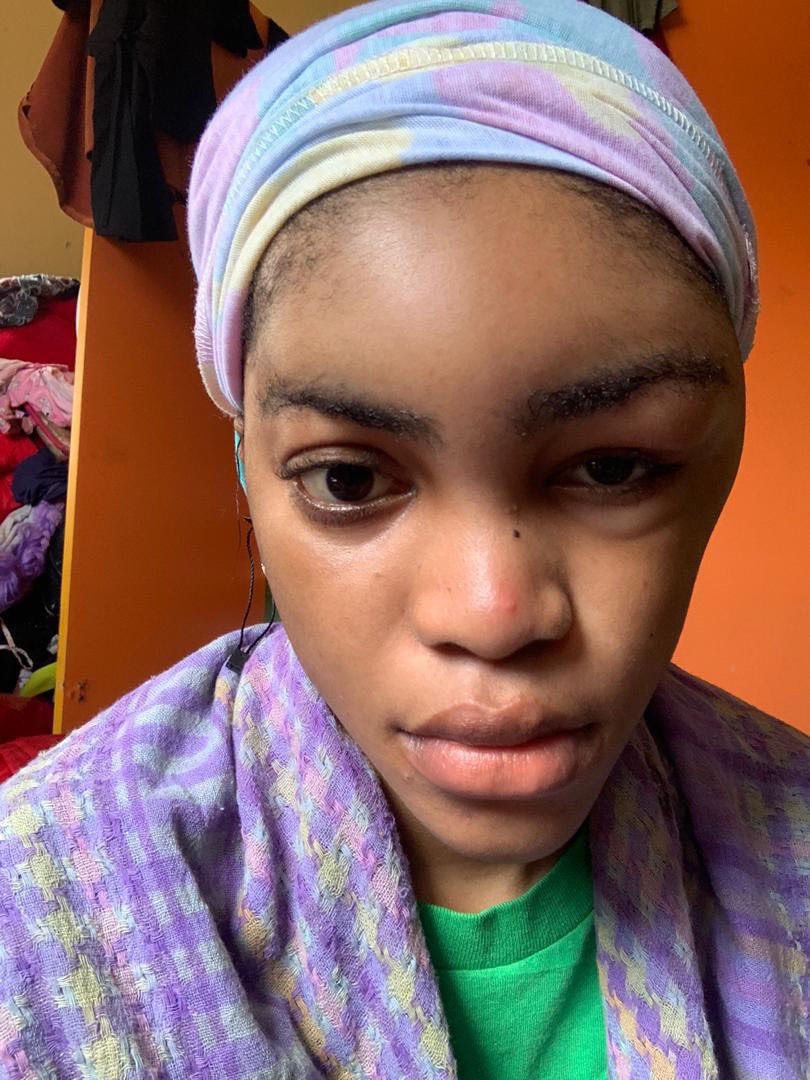 Reacting to this allegation, Davido through a press release via his social media accounts terminated the contract of the rapper with the record label. 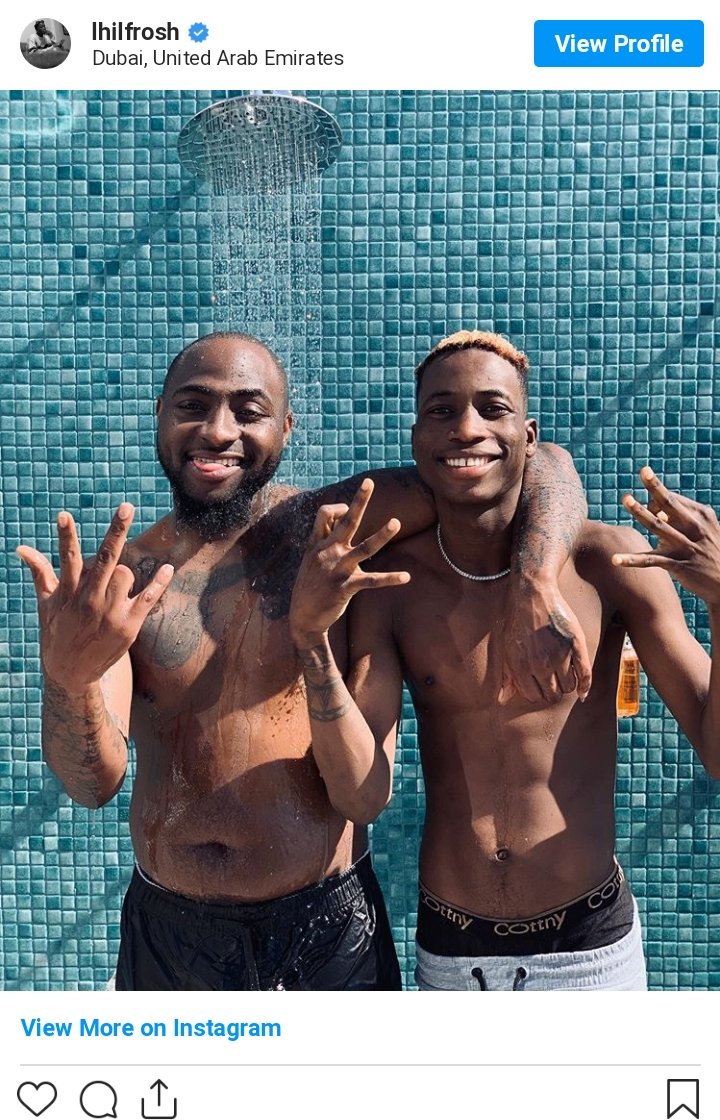 According to Davido, he explained that the record label does not take domestic violence as a trivial matter and after some investigations, they decided to terminate the contract with Lil Frosh. 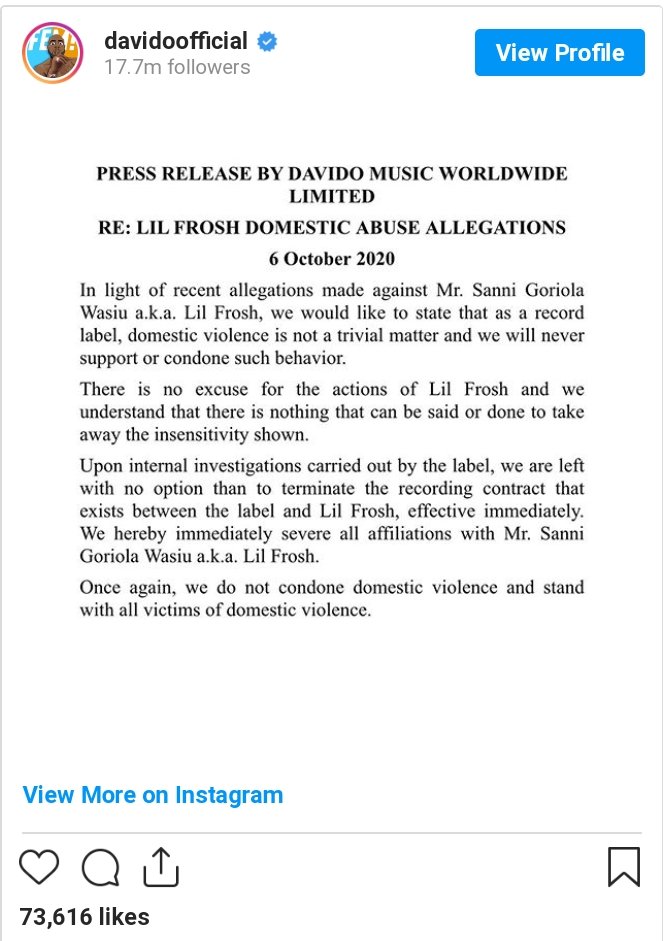