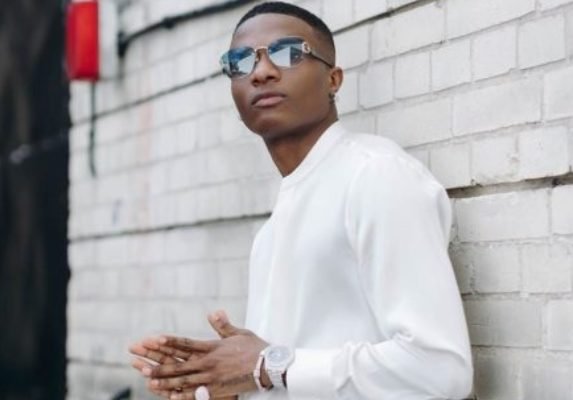 Music star Wizkid has replied to President Buhari’s Media Aide, Lauretta Onochie for referring to him as a Dumb Kid.

Recently, the singer called out president Buhari for reaching out to the president of the United States of America Donald Trump and his wife after they tested positive to corona virus. Wizkid in his tweet called Buhari an old man, advising him to face the challenges here in Nigeria.

However, this statement did not go down well with Lauretta Onochie, the media Aide to the president who thereafter took to her Twitter page to blast the singer for not showing some respect to the president adding that Wizkid is a dumb kid who needs to learn some respect.

She wrote:” Its not disrespectful to call anyone old. Its the way and manner Ayo Balogun addressed the President that leaves a sour taste in the mouth. He exhibited crass ignorance, insensitivity, and childishness. But hey, he’s a #DumbkidNotWhizKid. When he grows up, he might learn respect.

Wizkid reacted to her tweet and noted that a 77-year-old man is no longer a young man. Be finds it shameful that Lauretta who is a mother with children could make such a statement adding that people are being killed on a daily basis by the SARS officials and there after reminded her that he is also a father and age has nothing to do with demanding for better governance in the country. 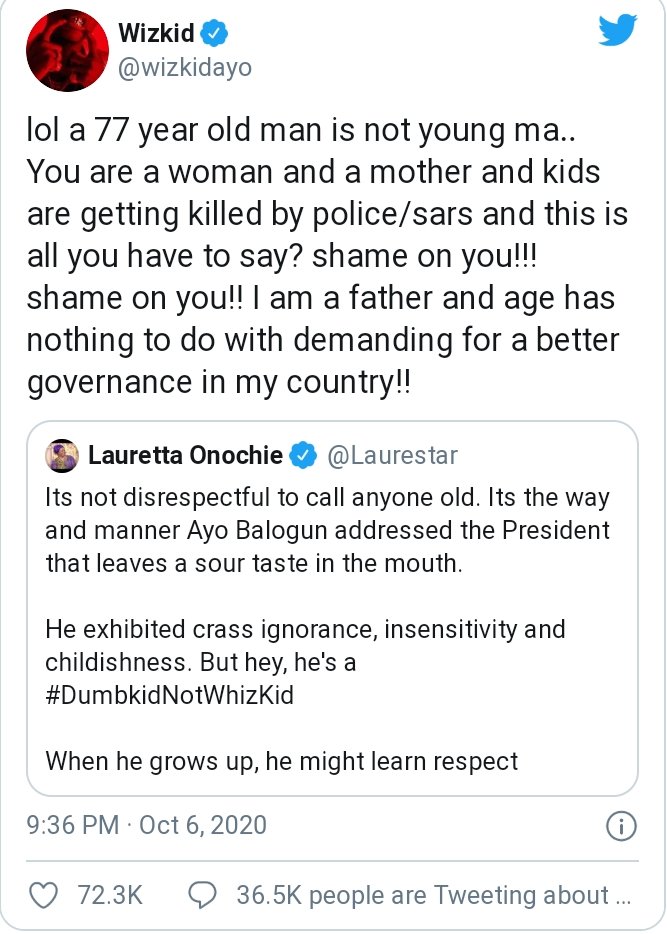 He wrote: ” lol a 77 year old man is not young ma.. You are a woman and a mother and kids are getting killed by police/sars and this is all you have to say? shame on you!!! shame on you!! I am a father and age has nothing to do with demanding for a better governance in my country!!