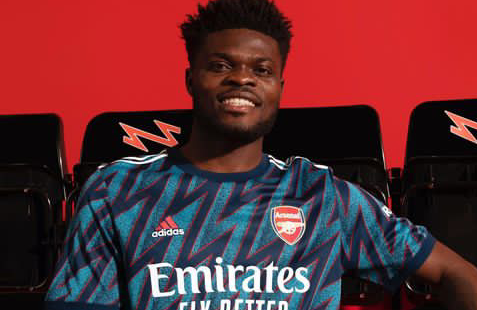 Arsenal responded to a lacklustre performance against , Crystal Palace on Monday night with a dominant,  3-1 victory over Aston Villa at the Emirates Stadium on Friday night.

Thomas Partey’s first goal for the Gunners – together with strikes from Pierre-Emerick Aubameyang and one from Emile Smith Rowe – put the Gunners 3-0 up, before Jacob Ramsey’s consolation for the visitors 10 minutes from time.

The win took Arsenal to ninth place on 14 points and are a point from the Champions League spot.

Read: Farke Speaks Ahead Chelsea Vs Norwich City -We have Not Been Clinical In Front Of Goal

Six minutes of added time in the first half, Arsenal were awarded a penalty, Aubameyang saw his penalty saved but snapped up the rebound to double Arsenal’s lead.

The Gunners went 3-0 up on 56 minute following a rapid counter attack ,which put Smith Rowe through on goal and he found the net via a big deflection.

Villa got a consolation goal with 10 minutes left in the game, through Jacob Ramsey who picked out the top corner from the edge of the area.

Watch:  Back to winning