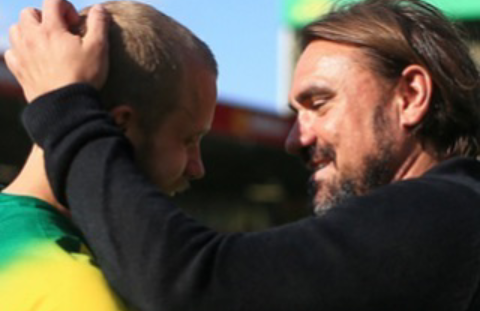 Norwich City boss Daniel Farke says his biggest worry is his team inability to score goals ahead of today’s game against Chelsea at Stamford Bridge.

The Canaries have only scored twice in the Premier League this season.

“In general, in a football game, all topics are connected and together and we conceded too many goals in the beginning of the season,” said Farke.

“Then you have to build your game step by step. You have to make sure that you are rock solid in terms of your defending, and we have done this, but we also want to create more from game to game.

Read: Chritiano  Ronaldo Uncovers When He Will Retire From Football

“We have done this from Everton, over Burnley up to Brighton, but let’s be honest tomorrow it will be difficult to create even more chances against Chelsea who have been rock solid since Thomas Tuchel took over and have kept many, many clean sheets.

“It will not be easy to score against them, so today we have to be unbelievably clinical and unbelievably effective in using the chances, but if I have to judge our game at the moment the only bit that is missing is to bring the ball over the line.”