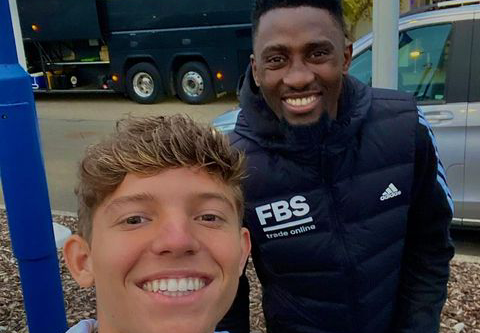 Former Manchester United star Paul Ince has explained why he sees Wilfred Ndidi as a potential answer to the Red Devils’ midfield problems.

Ole Gunnar Solskjaer has come under fire following a shaky start to the season for United who were beaten 4-2 by Brendan Rodgers’ side last weekend.

Ince, a midfield enforcer for United and Liverpool during his playing days, believes it is a key area which needs strengthening during the next transfer window.

He picked out three players who he feels, would improve Solskjaer’s side – Brighton midfielder Yves Bissouma, Ndidi and Everton’s Abdoulaye Doucoure.

“We still haven’t got that natural holding initial player who can get around the park, someone like Bissouma at Brighton, and Ndidi at Leicester, top players, these are players who know how to play the position,’ he told Genting Casino.

“I watched a corner for Everton against United, I was thinking, ‘Jesus Christ, he was actually running the midfield Doucoure’.

“So, the midfield has got to be right, and I think sometimes the balance has been wrong and that’s been happening for the last two, three, four years.”

Ndidi, who has been linked with a move to Old Trafford, is currently sidelined with a hamstring injury.