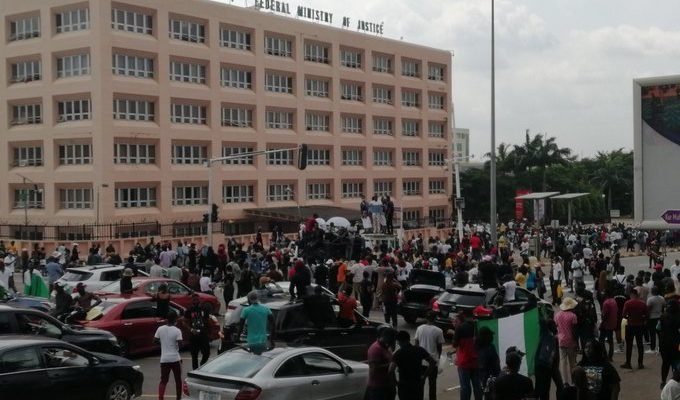 Scores of EndSARS protesters, have taken to the streets of Abuja in the nation’s capital to commemorate the first anniversary of the protest.

The protesters converged on Unity Fountain, Abuja, before trooping through the streets and heading for the national assembly complex.

Read: ‘My Statements Were Taken Out Of Context’ Davido Explains What Transpired In The Meeting With IGP

Activist, Deji Adeyanju and Omoyele Sowore were seen leading the protesters who were carrying placards.

Policemen were seen around the protesters, but did nothing to interfere with their marching and singing, as they marched on the to the National Assembly.