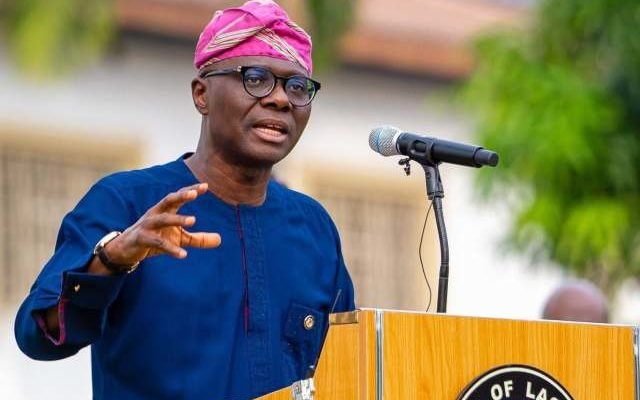 The state Commissioner for Information and Strategy, Mr. Gbenga Omotoso made the statement Wednesday, while reacting to a claim that the Governor instructed owners of Landmark Events Centre to bar organisers of the events from their facility. Omotoso maintained that such an incident never happened.

“The Governor encourages free speech and the right of citizens to protest,” the commissioner stated.

According to him, after the rumour broke out, Governor Sanwo-Olu personally called the owners of Landmark to find out what happened.

Omotoso said: “The owners of Landmark confirmed that it was purely a business decision taken to safeguard their customers and property because they do not know where it could end like what happened last year.”

With the Governor, Omotoso said, were some leaders of the #EndSARS protests. They heard the conversation between the Governor and the event centre owners.

Speaking on why proponents of the #EndSARS memorial were not invited to the Lagos Youth Symposium organised by the State to interact with youths, Omotoso said the event was open to all, “an all-comers affair.”

Confirming that there was also an element of protest at the youth symposium by some physically challenged persons, the blind and students, Omotoso said “despite the unruly behaviour of some of the attendees, Mr. Governor still listened to them and gave them the opportunity to speak.”

While reacting to a question about scenes of policemen intimidating protesters at the Lekki Toll Gate earlier in the day, the commissioner maintained that there was no justification for such but some officers could be overzealous due to individual traits.

He reiterated that people have a right to protest, just as it is also the job of the Police to provide protection.

“Mr. Governor will always allow free speech. He can only advise the Commissioner of Police who doesn’t report to him, Omotoso stated.