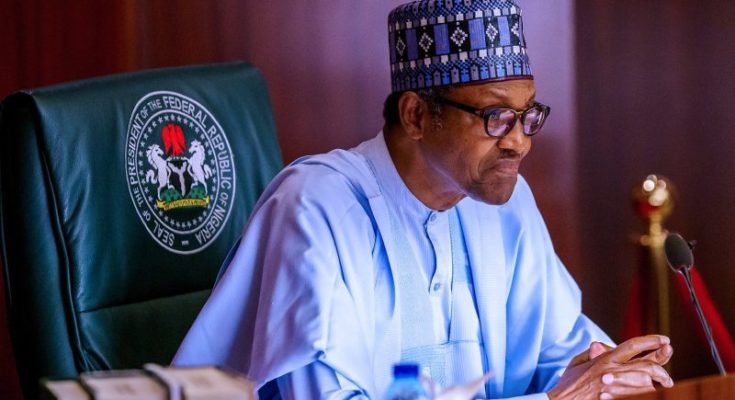 Afenifere, the Pan Yoruba Socio-Political Group has said that the Federal government has come to its wits end in the case with the Biafran leader, Nnamdi Kanu and other self agitators in the country.

Its General Secretary, Chief Sola Ebiseni in a statement issued in Akure said that ” Without prejudice to the determination of the case by the Court it is clear that its end will certainly compound agitations on the national question, an ill-wind that will blow the Buhari administration and Nigeria no good.

The statement reads ” With the amended seven counts charges against Nnamdi Kanu, as released by the press, it appears the Federal Government has come to its wit’s end in the case with the Biafran Leader and self-determination agitations generally.

” lt is time that the Attorney General, Abubakar Malami exercised authoritative superintendence over his office as the Chief Law Officer and Adviser of the Federal Government in a way that the interest of the nation may be served than indulging in petty politicking to massage the ego and pander to the personal idiosyncrasies of the President.

Read: Small Doctor Reacts To Buhari’s Speech, Says His Kids Must Not Suffer The Way He Did

“For instance, the alleged name-calling of Muhammadu Buhari, in April 2015, even before he became the President, would ordinarily be ignored as childish vulgar abuse unworthy of a high profile criminal prosecution.

” ln all the other charges, Kanu is either being prosecuted for alleged statements made in a foreign land as alleged Leader of the proscribed IPOB inciting secession from Nigeria or threatened that anyone who flouted his sit-at-home order should prepare his or her Will.

“It leaves a sour taste in the mouth of serious-minded people that the reason for Kanu’s day in Court was an alleged broadcast that “In 2 weeks’ time, what will happen will shake the world, people will die, the whole world will stand still, mark my word”.

“Months have gone by since May when he allegedly made the statement abroad the apocalypse is not yet here.

“While such inciting statements are punishable under the relevant laws, it is instructive that Government did not say anything about the intended outcome except allegations that “banks, schools, markets, shopping malls, fuel stations were not opened for businesses and vehicular movements grounded” thereby.

” lt is saddening, speaks of multiple standards in the governance of Nigeria and a sad commentary on the unity of Nigeria that this same government has in the hallowed recesses of its administration and in charge of a most sensitive Ministry of Communications Isa Ali Ibrahim Pantami whose statements is of a higher incendiary propensity than those of Kanu and with possible aggravated heinous consequences.

“Yet has Government not deemed it important to investigate such statements declaring support for Al-Qaeda, Boko Haram, their leaders and activities including “we are all happy whenever unbelievers are being killed,” and that no believers should work for a secular government.

“There are other terrible allegations which the Presidency took in its stride because the guy has apologised.

“The outcome of this prosecution which is lacking in statesmanship and nobility of character, whichever way it goes, will only enhance the image of the Defendant and in the worst possibility even of conviction, increase his status as a prisoner of conscience.

“Those who opine that if anything happens to Kanu, that the agitation associated with him would suffer or that others would thereby be deterred are merely deceiving themselves and Government.

“A Government that admits that mere words of Kanu has become law, either by legitimate obedience or fear, even while in detention, should think out of the box.

Ebiseni said that “The appropriate mind-set is to admit that Nigeria, as a wobbling contraption of entrenched nationalities, is negotiable and that negotiations do not necessarily lead to dismemberment. Let the dialogue begin now.