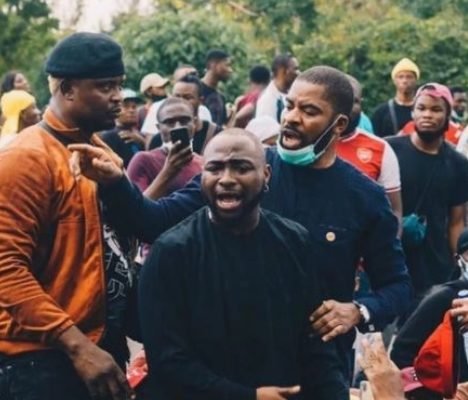 Music star David Adeleke popularly known as Davido has taken to his social media page to clear the air in the meeting he held with the Inspector General of Police, Mohammed Adamu which has gotten a mixed reactions from Nigerians.

The singer released a statement shortly after his meeting with the IGP and according to him, he did not deny taking part in the protest which took place in Abuja on Sunday.

“I want to make it clear that I didn’t go there to deny protesting. My comments were taken out of context. I was trying to explain that I was not at the protest to cause trouble or fight as you can hear me say in the video” He said

Explaining why he joined the protesters he said “I then explained the reason why I got involved with the protesters and led them down to the force HQ so I could dialogue with the officers in charge who were accused of effecting arrests.”. He disclosed 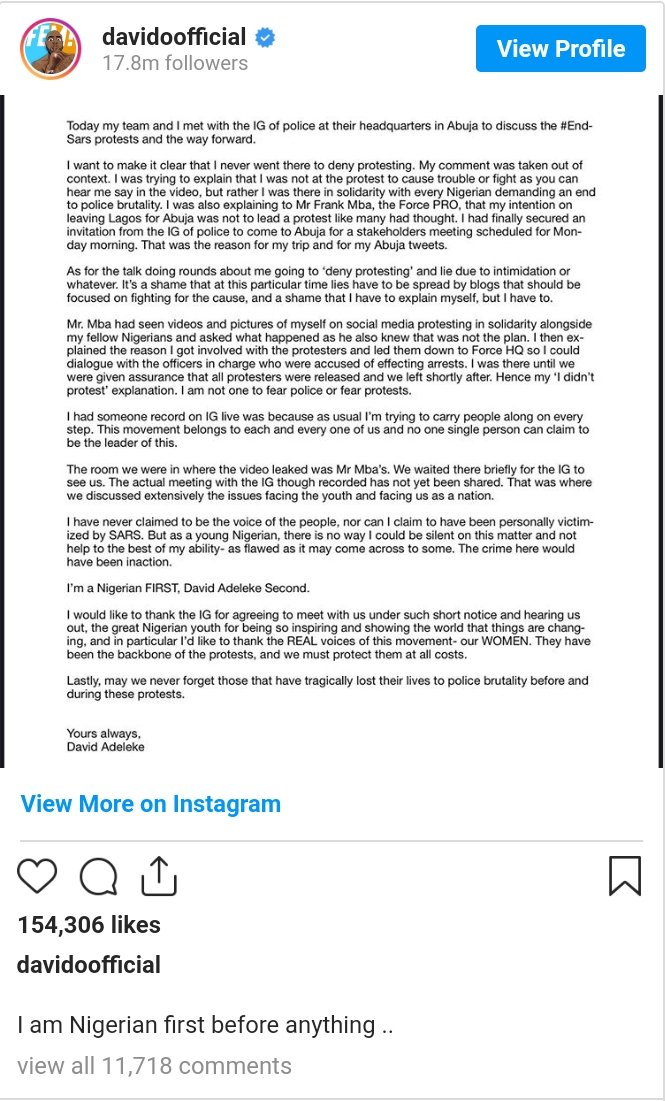 The singer thanked Nigerians who came out in their numbers for the protest and also thanked the IGP for meeting him under such short notice.