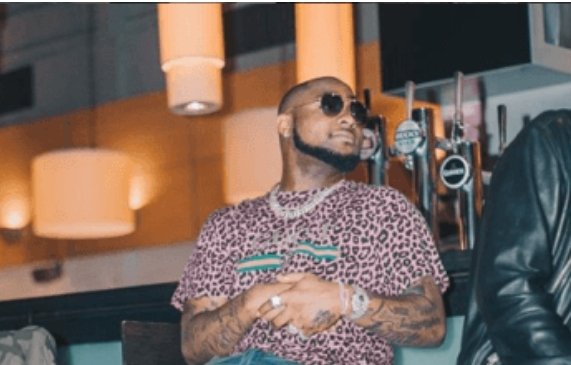 Nigerians have taken to Twitter to show displeasure at Davido for denying that he led the #EndSARS protest held in Abuja on October 11, 2020.

The music star who was present at the protest held in Abuja in a meeting with the Inspector General of Police, Mohammed Adamu explained that he was in Abuja because of his fans and he calm to the protest venue to calm them down.

Davido who also helped in securing the release of some protesters that had been arrested insisted that he wanted an open-door meeting but was thrown off guard when the IGP said  ”How can you come here for a closed-door meeting, when you were protesting yesterday and you identified with the protesters? Davido responded, ”I did not protest, I was not there to protest. I was there to calm things down because the protesters are my fans.”

Adamu noted that the singer had taken an action that showcased him as playing a true voice for the young people.

However, the rage on Twitter was caused by Davido’s denial. 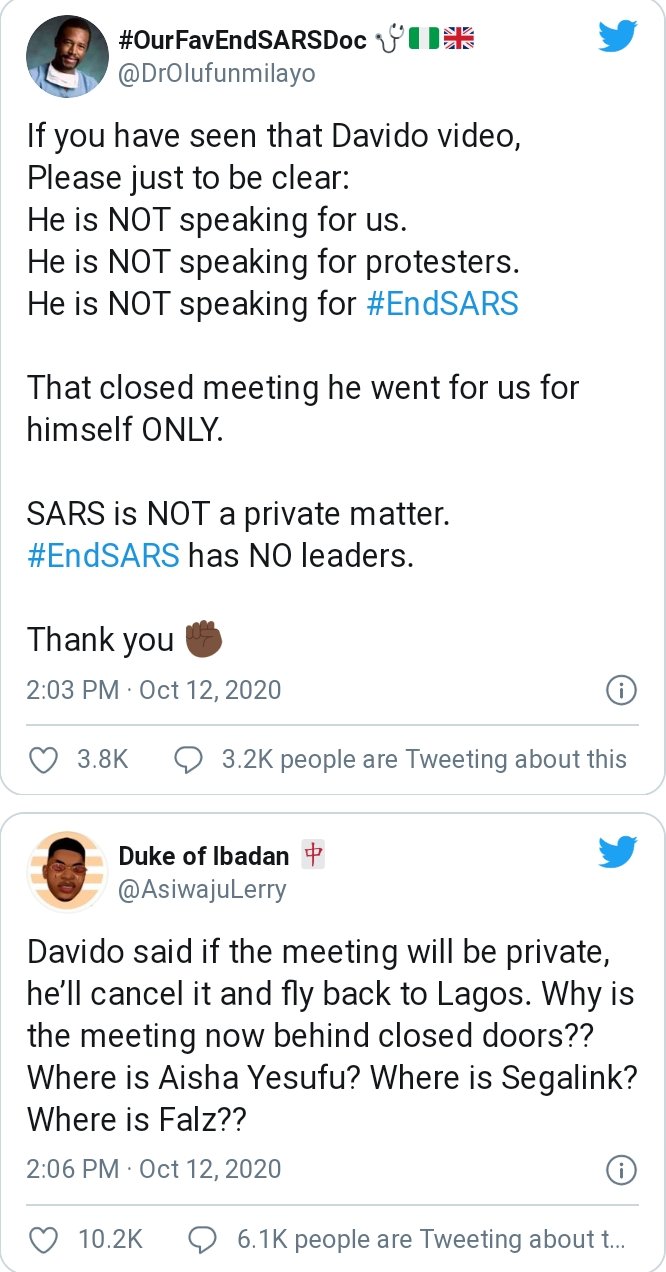 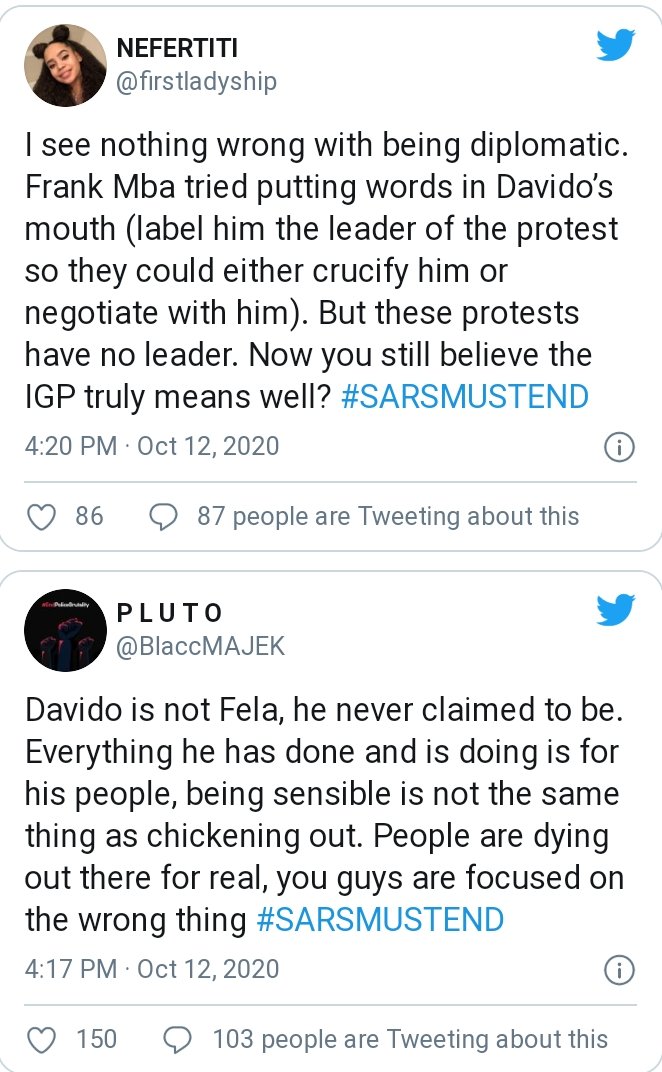 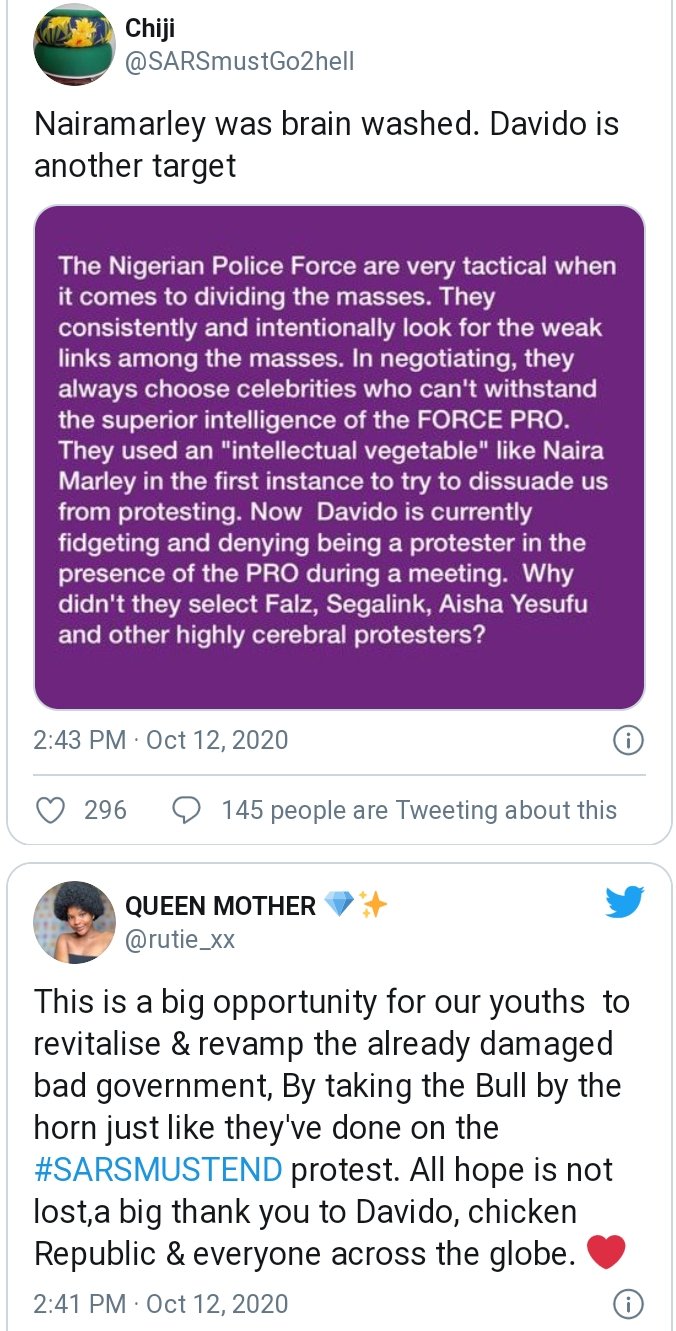