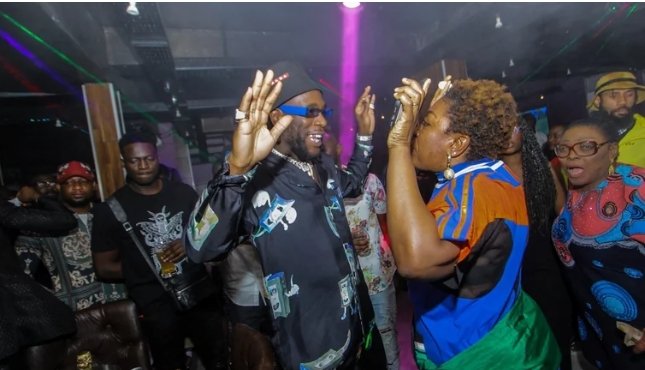 Music star Burna Boy has said that his mum is currently recovering after undergoing a surgery.

The singer made this known while responding to fans who requested that he joins them at the #EndSARS protest in Port Harcourt. 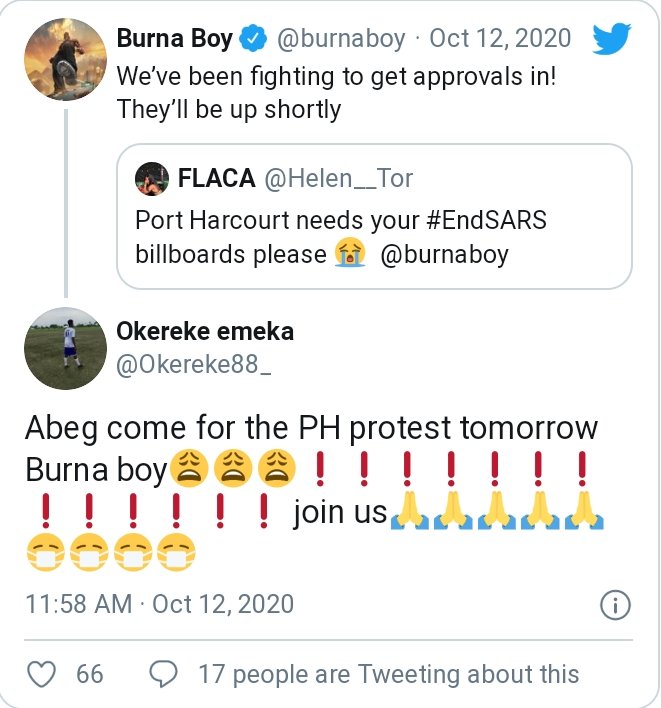 Burna replied by saying that he has to stay with his mum who is recovering from a surgery.

“Probably my BIGGEST frustration atm. But I have to stay here and make sure my mum recovers fully from her surgery. I dey wit una FULLY! …Pls Dm @protectng2020 if you can volunteer to help at the ph protest #SARSMUSTEND,” he tweeted. 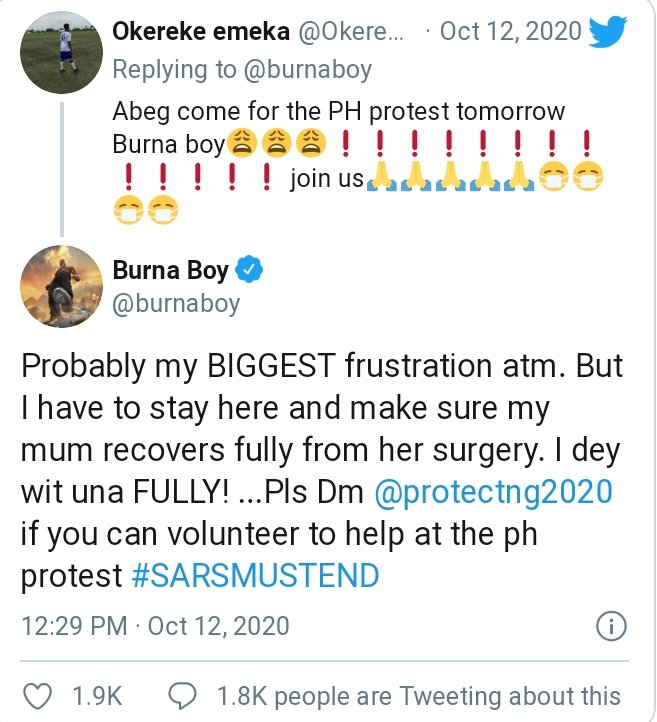 The singer has also joined other celebrities in the country to lend their voices to the #EndSARS campaign which is aimed at reforming the entire police force and also disbanding the SARS unit. 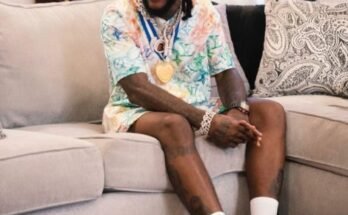 Obi Cubana and Jowizaza storm Burna Boy. Watch the video of the incredible hook up