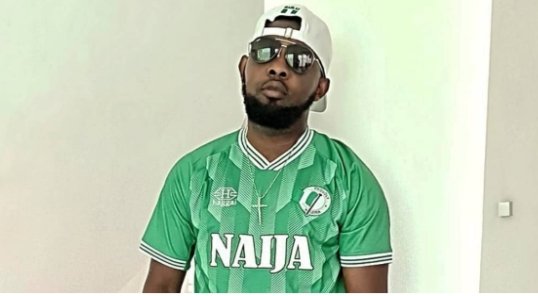 Nigerian comedian Ayo Makun popularly known as AY was blasted recently by Nigerians on social media due to a post which was shared via his Facebook page.

In the post shared, the comedian called out youths who have continued to protest despite the fact that the IGP has disbanded the Special Anti-Robbery Squad (SARS) unit in the country adding that the protest is torturing fellow citizens of the country from going about their daily activities.

He further urged the youths to at least wait for the outcome of Davido’s meeting with the IGP in Abuja.

Reacting to this post, Nigerians backlashed him for reasoning in such manner. The comedian there after took to his social media pages to disassociate himself from the post noting that he had no idea about the activities on his Facebook page as he seldom use it and he doesn’t post from the platform.

AY further placed a curse on himself if he truly is the one behind the post. 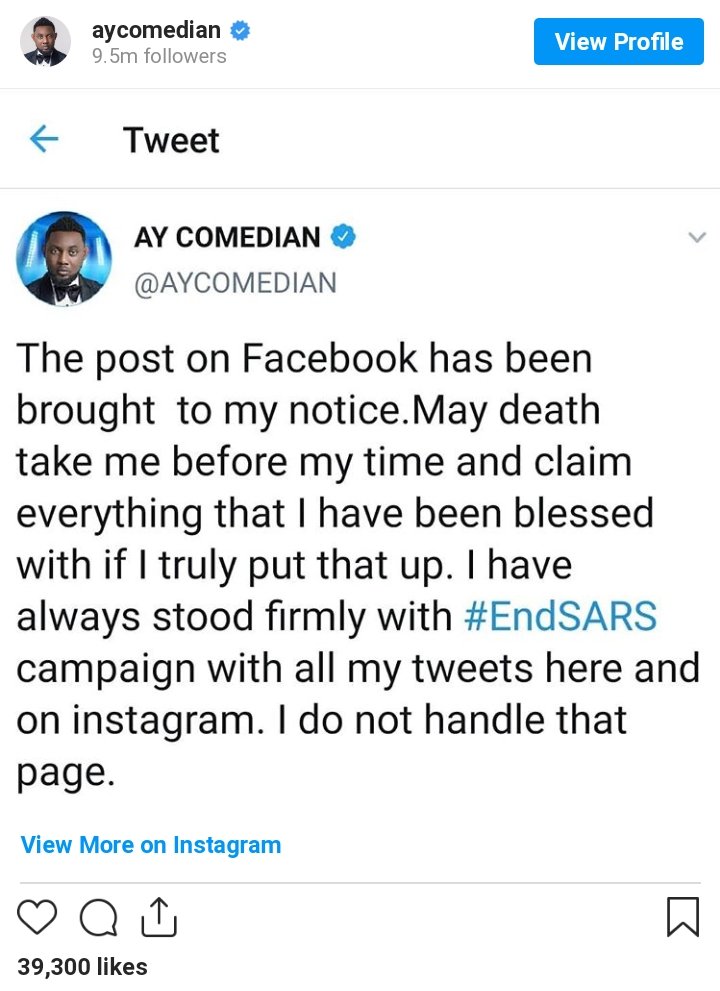 Sharing the disclaimer, he wrote:”Just got a call from @williamsuchemba concerning the now trending negative post against my person. Any one who follows me here and tweeter will attest to the fact that I stand strongly against the government on the issue of EndSARS.” 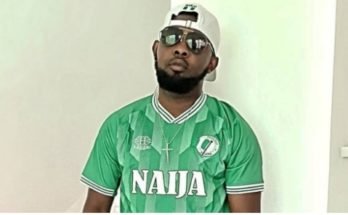