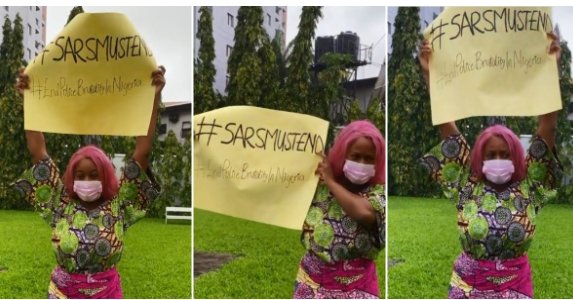 Music star, Florence Otedola popularly known as DJ Cuppy has finally joined the EndSARS campaign despite being in self- isolation.

Cuppy who doesn’t want to be left out in the protest took to her social media page to share a video of her holding a placard with inscription SARS must end.

In the caption of the post shared, she explained that rain and self-isolation can’t stop her from joining in the campaign against police brutality. 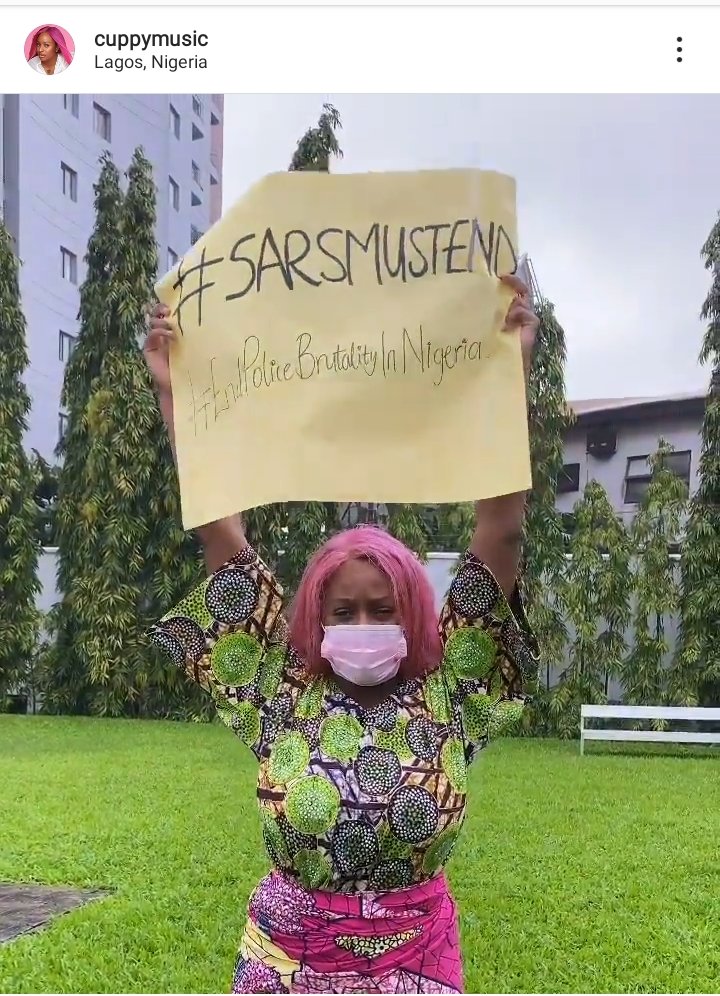 She wrote:“Rain and self-isolation won’t stop me! ✊ #EndSars”

Recall that some social media users called out Cuppy for not contributing anything to the current situation on ground noting that she did not help with her money and status.

A woman named FK Abudu who has been in charge of getting arrested protesters out of Police cell and disbursing funds contibuted towards the the project intervened and mentioned that Cuppy sent in some money to also help out in the ongoing campaign.