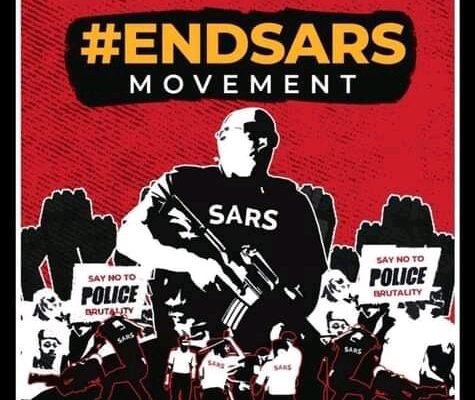 Former Deputy National Publicity Secretary of the All Progressives Congress (APC), Comrade Timi Frank, on Wednesday, accused the Federal Government of gross insensitivity to the plight of victims of the #EndSARS protests and the Lekki Tollgate massacre a year ago.

Frank in a statement to commemorate the first anniversary of the youth uprising which ended with the brutal crackdown and gruesome killing of scores of protesters, said the Federal Government has failed to bring those who carried out the dastardly acts to justice.

He lamented that government at all levels have failed to initiate and implement policies and programmes aimed at massive job creation, youth empowerment and engagements and poverty alleviation.

“No soldier has been sanctioned nor prosecuted. No living victim nor family of dead victims have been compensated. How long will victims of the wickedness of government await justice?

“Besides, it is both unimaginable and unacceptable that one year after the #EndSARS agitations, policemen involved in the inhuman and egregious acts like torture, extortions, extra-judicial killings and other abuses have not been held to account.

“The Nigerian Government at all levels have not only betrayed the people, they have continued to engage in anti-people rhetoric’s that show their unwillingness to learn from the issues that led to the #EndSARS protests,” Frank said.

The Bayelsa-born political activist who is also the United Liberation Movement for West Papua (ULMWP) Ambassador to East Africa and Middle East, lamented that the judicial panels set up to unravel the police atrocities and government sponsored crackdown on peaceful protesters have failed to conclude their sittings and make actionable recommendations.

“Why is it that the panel’s of enquiry set up by the Federal Government and various other state governments have failed to diligently carry out their assignments and ensure justice for victims?

“This is nothing but an unholy and ungodly collusion aimed at making Nigerians forget the incident, protect security agents who massacred peaceful protesters and to eternally deny victims of justice,” he said.

He called on Nigerian youths to remain resolute and steadfast in their quest to stamp out police brutality and other forms of victimization, corruption, harassment, intimidation and extra-judicial killings by security forces in the country.

He condemned the police for attempting to prevent the youths from marking the anniversary of the Lekki Tollgate atrocity with rallies and peaceful protests, adding that peaceful assembly and protest are inalienable rights of every citizen that no government can abridge.

He insisted that notwithstanding the theatrics and shenanigans being demonstrated by security forces and government officials who are feeding fat on tax payers’ sweat, the fact remains that the power to change Nigeria for better lies with the youths.

He urged the young people of this country not to waver or give up despite the high level of harassment, intimidation and government sanctioned brutal crackdown against them by Nigerian security forces meant to cow them as there has never been an easy walk to freedom anywhere in history.

He thanked world leaders and members of the international community like President Joe Biden and Hilary Clinton for lending their voice in support of the demand of the #EndSARS protesters which was to end police brutality, corruption and bad governance in Nigeria.

He called on President Biden and the American government and other world leaders to make good their promise to hold the perpetrators of the injustice against the #EndSARS protesters accountable.