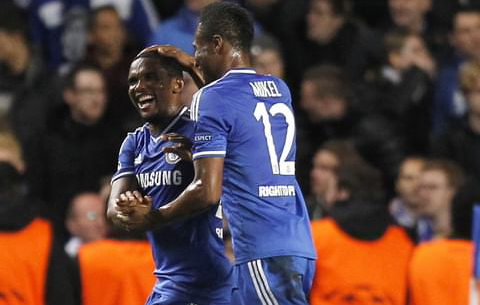 easedea missed the opportunity to stretch their lead over second-placed Manchester City, after they were held to a 1-1 draw by Burnley at Stamford Bridge in the Premier League on Saturday.

The draw means Chelsea are now on 26 points just three points points clear of the champions after 11 games played so far.

Also Burnley is the second team to have taken points from Chelsea at Stamford Bridge in the Premier League this season after Manchester City  (0-1).

Chelsea broke the deadlock in the 33 minute as Havertz headed in Reece James’ pinpoint cross from the right flank.

With 11 minutes left in the game Matej Vydra equalised for Burnley after Jay Rodriguez headed the ball across to his strike partner, who stuck it past Edouard Mendy.

Super Eagles midfielder Frank Onyeka was overlooked for selection in the home game as he was an unused substitute.

Mathias Normann scored Norwich’s first away Premier League  goal of the season on sixth minute, dribbling into the box and dragging the ball into the bottom right-hand corner.

In the 29th minute Teemu Pukki doubled Norwich’s lead from the spot after being brought down in the area by Charlie Goode.

Bryan Mbeumo thought he had scored for Brentford on 51 minutes, but after consulting the VAR, referee Jarred Gillett overturned the goal because Mbeumo was offside in the build-up.

Brentford got back into the game in the 60 minute thanks to Rico Henry who popped up at the backpost to convert Saman Ghoddos’ cross on the volley.

All efforts to get something from the game proved futile as Norwich on to record their first win in the Premier League this season.

And at Selhurst Park, Crystal Palace ran out 2-0 winners against Wolves with goals from Wilfried Zaha and Conor Gallagher.