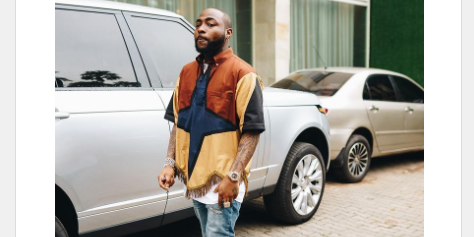 Twitter user argues that it is not a big that the popular Afrobeat singer, Davido Adeleke, is yet to win the prestigious Grammy award. 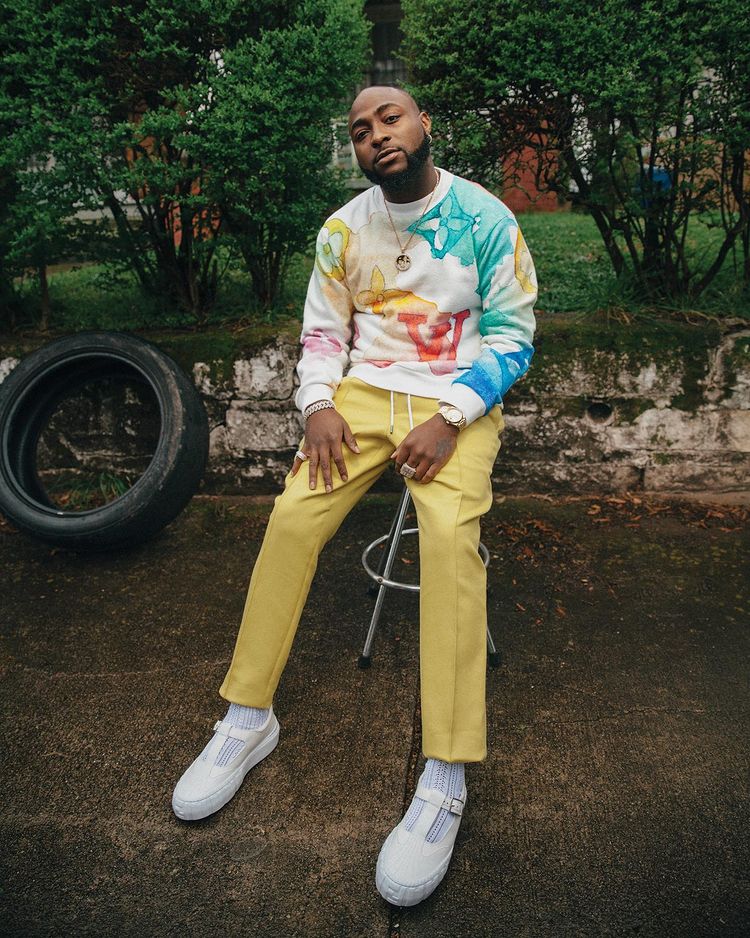 According to a user identified Daniel Regha, the award is not a yardstick to measure success as he cited examples of celebrated singers who never received a Grammy in their name despite their achievement in the music industry.

Read: Michael and Jackie B reignites flames of love, share moment from romantic date with photos

“Davido hasn’t won a Grammy, that’s no big deal; Lots of music icons like 2Pac, Nicki, Sia, Katy Perry, Bob Marley & many more haven’t won one either despite being on top of their game. Stop belittling artistes cos of Grammys, it’s not a yardstick for success. It is just an award,” he wrote. 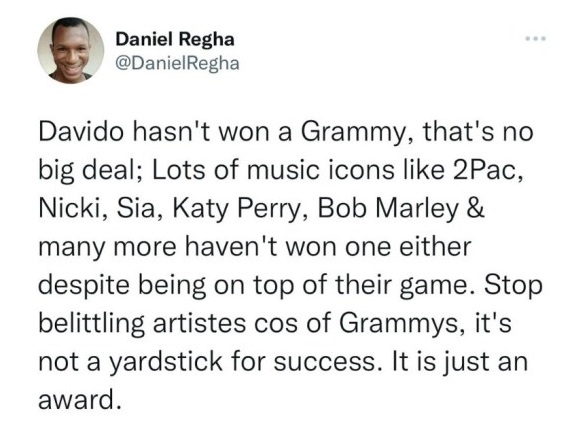