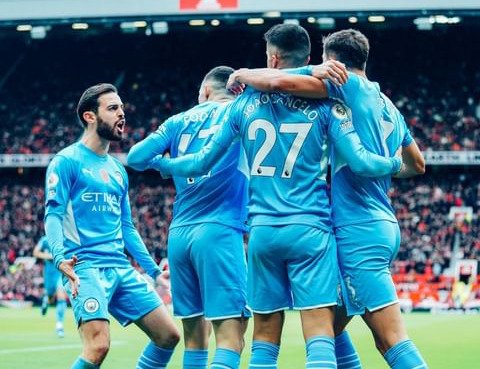 Manchester City claimed a 2-0 win against their hosts Manchester United at the Old Trafford on Saturday afternoon.

City took the lead on seven minutes through Eric Bailly’s own goal as he stretched to intercept Joao Cancelo’s dangerous cross.

Portugal midfielder Bernardo Silva added the second goal on the dot of 45 minutes.

City moved to second position on the table following the win.

United sit eight points off leaders Chelsea with just over a quarter of the season gone, a gap that could move to 11 points later on Saturday.