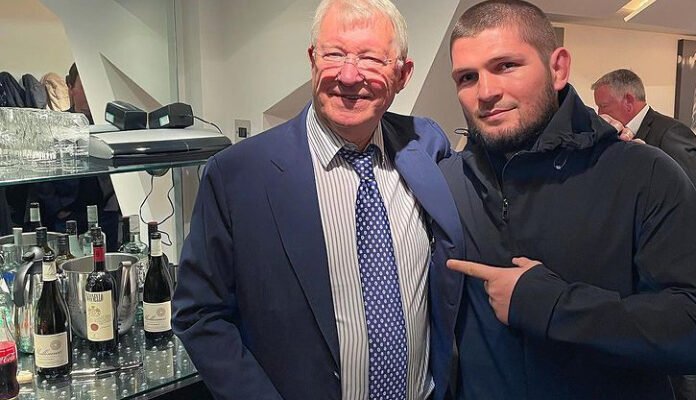 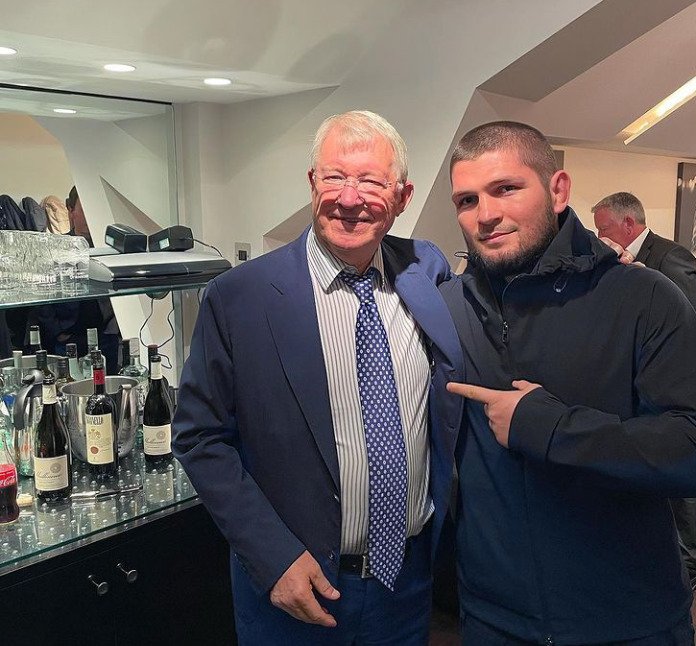 Khabib Nurmagomedov has revealed how he turned down a glass of wine from Sir Alex Ferguson before joking a drink could make him ‘smash’ the former United boss, Usain Bolt and Patrice Evra.

The former UFC star was in attendance at Old Trafford for United’s clash with Everton to support his good friend Cristiano Ronaldo, who was benched for the 1-1 draw.

Khabib was pictured in conversation with Ferguson, Evra and Bolt in the executive box and the Russian has now revealed he had to politely decline the offer of an alcoholic drink from the Scot.

‘I had to explain to him [Ferguson],’ Khabib said, as quoted by RT.

‘But I also told him, “This is not good because if I drink, I can smash all of you guys. It’s not a good idea.”

‘Patrice Evra and Usain Bolt understand. Alex Ferguson asked me about wine. For him, it’s good – I don’t judge him.

‘[Ferguson] understands because he doesn’t think I should smash everybody, so he said, “OK, don’t drink.”

Khabib later posted a photo of himself and Ferguson on Instagram, alongside the caption: ‘It was a great honor to speak with a legend.’