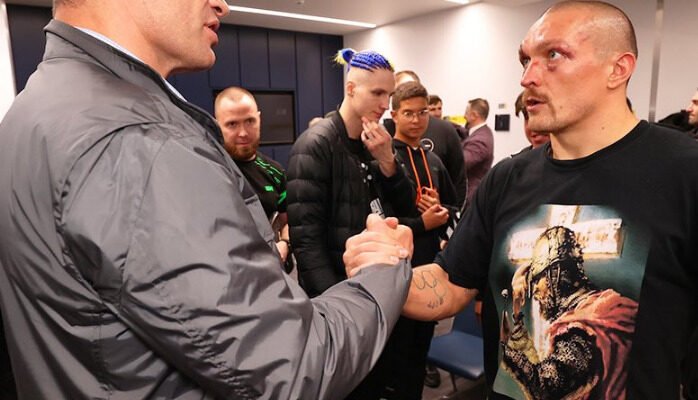 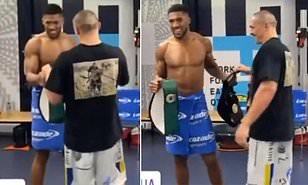 Oleksandr Usyk handed his newly-won heavyweight belts back to Anthony Joshua following his boxing masterclass on Saturday night as the Brit told his rival ‘see you soon’ during a brief dressing room chat.

Joshua, 31, had no answer for Usyk’s surgical precision and elusive movement over the duration of 12 rounds at the Tottenham Hotspur Stadium, with the former cruiserweight king awarded the victory on all three judges’ scorecards.

Usyk returns to Ukraine with the IBF, IBO, WBA and WBO titles having ended Joshua’s second reign as heavyweight king, as well as shattering his hopes of a super-fight with WBC champion Tyson Fury.

However, the 34-year-old was seen returning his new collection of belts to Joshua in the aftermath of his superb performance.

A video uploaded to Twitter showed Usyk entering AJ’s dressing room with the four belts, and Joshua can be heard saying ‘thank you’ and ‘see you soon’.

Oleksandr Usyk returning Anthony Joshua's belts after their fight (he will be sent new ones). AJ tells him: "See you soon."

Despite losing out to Usyk on Saturday night, Joshua is able to keep his belts as a former champion, while the Ukrainian will be sent a set of fresh ones.

Joshua’s promoter, Eddie Hearn, confirmed that AJ is entitled to an immediate rematch with Usyk and the Watford-born knockout specialist is intent on taking up that option as he looks to kickstart his ‘road to undisputed’.

‘He will want to go back in that rematch, and he will be the underdog in that fight but he has just been beaten by a pound-for-pound great,’ Hearn said.

‘Joshua lives and breathes boxing, he is already talking about training again and he will be in the gym and ready to get back in again.

‘Joshua lives and breathes boxing, he is already talking about training again and he will be in the gym and ready to get back in again.’

The defeated champion added that he is determined to be involved in the biggest fights, with or without the belts, after losing out to Usyk. 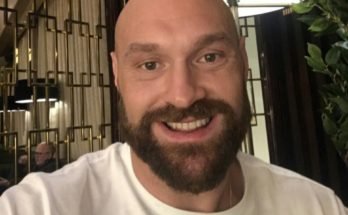