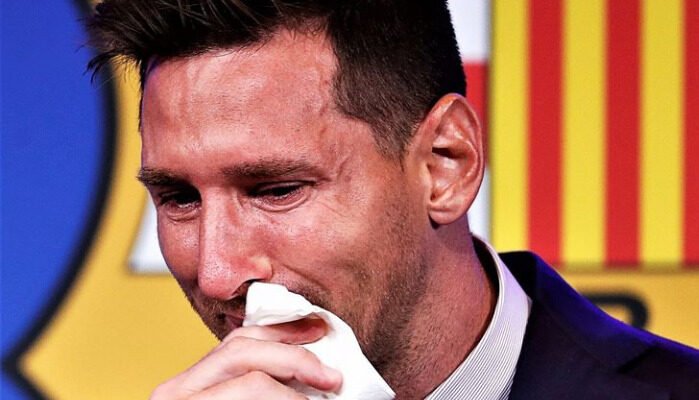 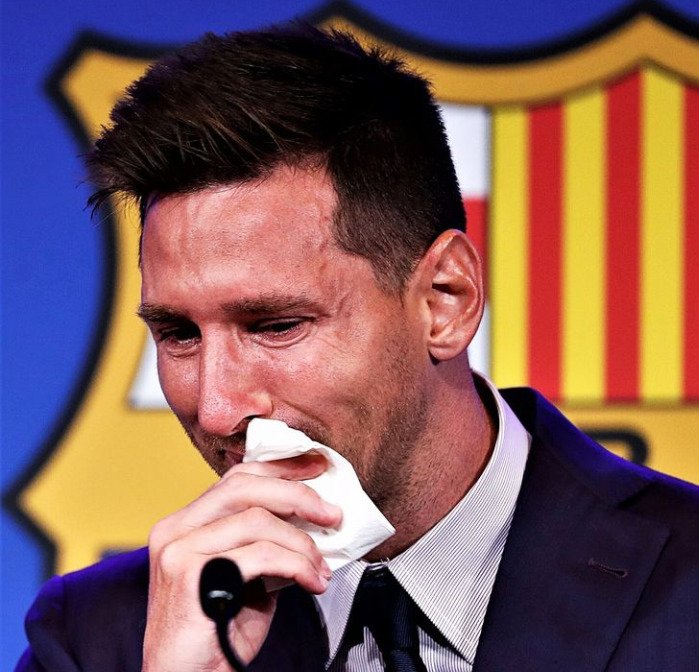 Messi Barcelona Farewell – Lionel Messi: ‘My new contract was done. All done. I wanted to stay and when I came back from holidays, it was done… At the last minute with everything with La Liga, it couldn’t happen.’

Lionel Messi wasted no time by confirming he was willing to stay at his boyhood club – Barcelona – unfortunately Laliga regulations means he now must bid farewell to the Catalonia side.

The farewell press conference was charged with emotions and applause as the Barca legend burst into tears immediately stepping to the podium.

Here are some of the best bits from the event:

Messi confirms that everything was in place for him to stay but then LaLiga rules suddenly changed everything.

He says he did everything he could because he wanted to stay.

He admits he didn’t want to stay last year but this year he did.

‘PSG is one possibility’

Messi says France is an option but he’s had a lot of calls and he’s talking about a lot of things.

‘Not come to terms with the reality of leaving’

Messi: “A lot of things have gone through my head. I’ve still not come to terms with the reality of leaving this club now and changing my life.

“We need to accept it and move forward.”

“The time when I made my debut, that was my dream come true and everything that came later was amazing. I will always remember that moment where everything started.”

Messi says he and his family are still coming to terms with everything but they must move on.

‘Some friends on holiday. That’s it.’

‘The news that I asked for me money is a lie’

Messi reaffirms that he didn’t want any more money and he did everything to stay.

Respect from all corners as Messi wraps up his press conference and proceeds to take pictures with his 35 trophies.