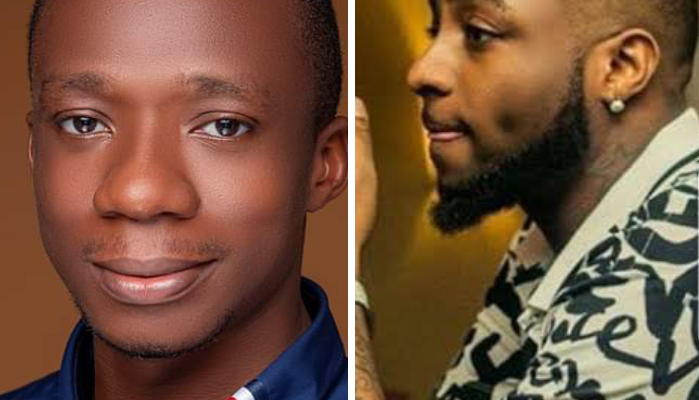 Davido’s Fem is one of the hottest jams making the trend in the Naija music industry for the past couple of months.

Following its release,  Fem garnered almost 5 million views on YouTube within a few days. The sound became an instant hit as soon as it was dropped with positive reviews by music lovers across the world.

In fact, Mercy Eke, a one-time BBNaija winner, opted for Fem as her favourite birthday jam.

“Alexa play me Fem by Davido, let us dance small it’s my birthday,” the reality show star tweeted in delight to mark her 27th birthday anniversary.

However, Iniobong Leroi Umoh seems to share a  different view to Mercy Eke’s. Fem is nothing but “noise”, the  Akwa Ibom-born writer stated while reviewing recent Naija trending jams.

Umoh opted for Burna Boy’s ‘Way too Big’ as his favourite sound having criticised the recent works of Patoranking, Wizkid and Simi for one reason or another. Publishing his review via his personal Facebook account, he wrote:

“Patoranking’s Abule seems to be the hottest jam in the streets but if you listen closely you will realize that it is basically a remix of Harrysongz’s Samankwe.

“Davido’s Fem is just noise, annoying track with a nice beat. If it was intended to be a diss track then it is a poor one. Davido should have done better.

“Who else thinks Wizkid lately does better when he is featured by other artistes than on his own tracks?

“DJ play me Way Too Big by Burna Boy.

“Yeah, you know Burna and me are way too big and way too cool.”