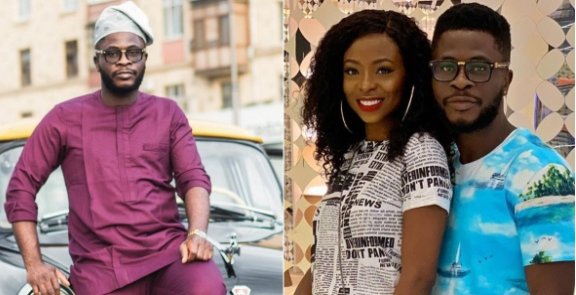 Comedian Craze Clown has recently escaped a terrible accident which left his car in an unrepairable state.

The comedian took to his social media page to thank God for sparing his life on October 26, 2020 which happens to be his wife’s birthday.

He showed his fans and followers the extent of the damage done to his car via a video on his timeline. 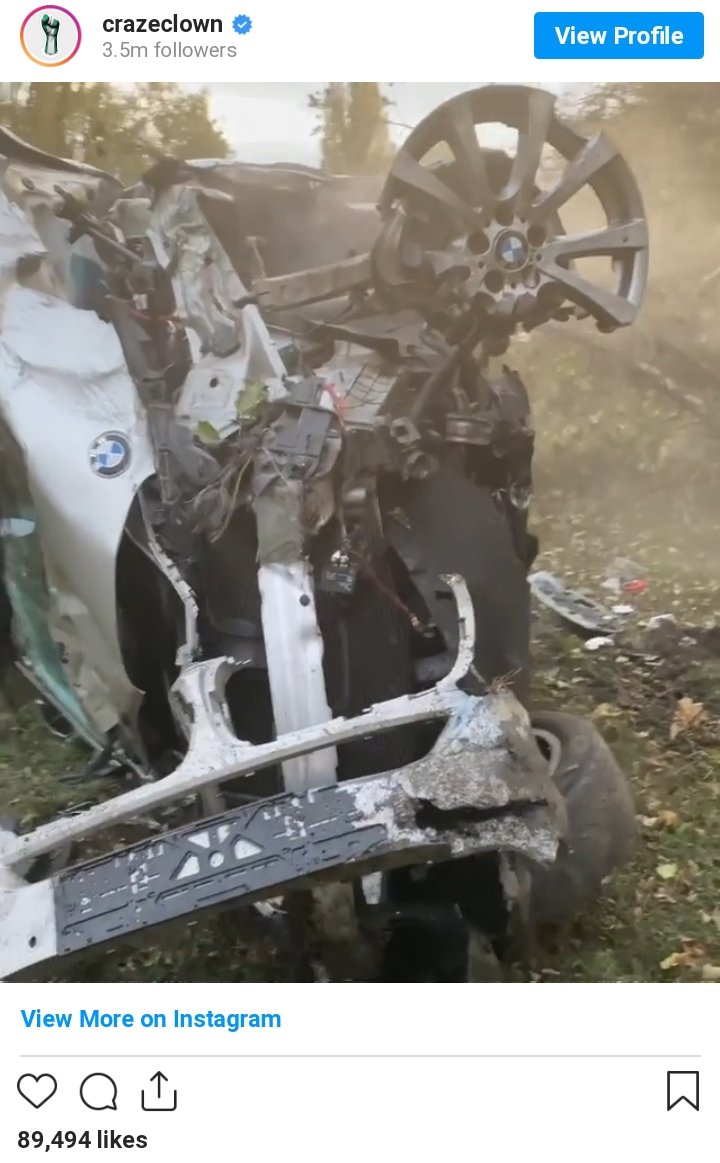 In the video shared, the car was really in a bad shape and is turned upside down with smoke coming out of it, his windscreen was cracked and one of the front wheels was off. 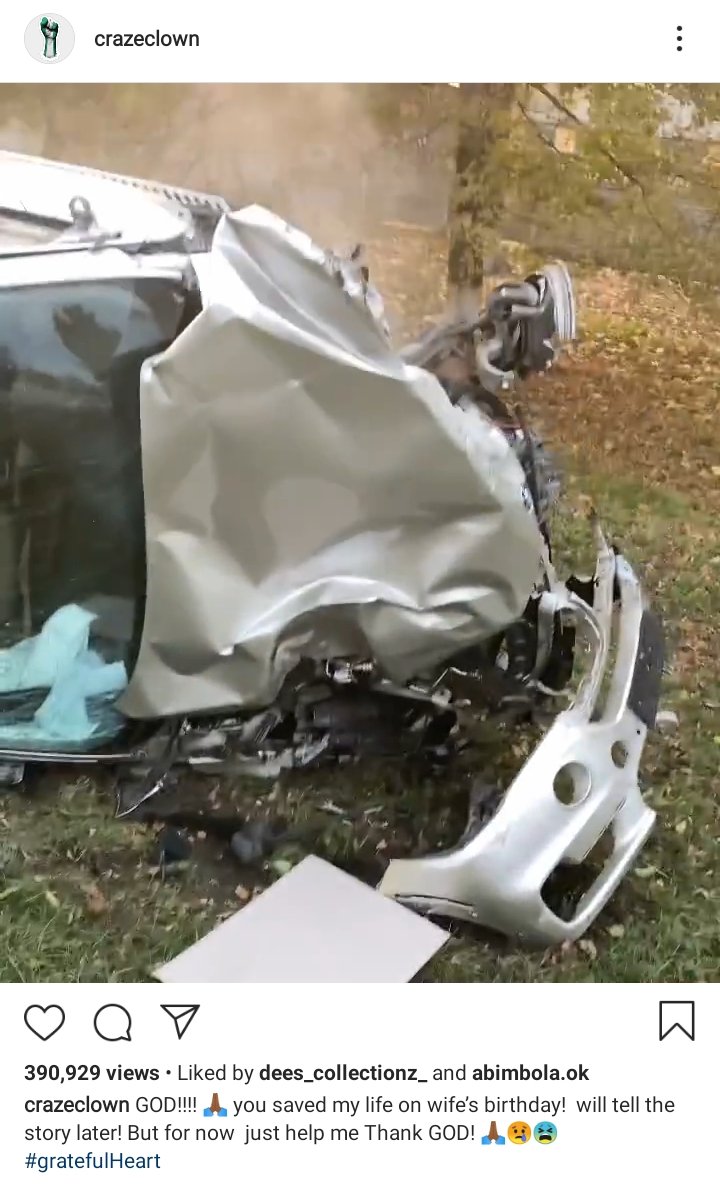 At the background, one could hear the comedian saying that he survived the terrible accident.

In the caption that accompanied the post he wrote:”GOD!!!! you saved my life on wife’s birthday! will tell the story later! But for now, just help me Thank GOD!”