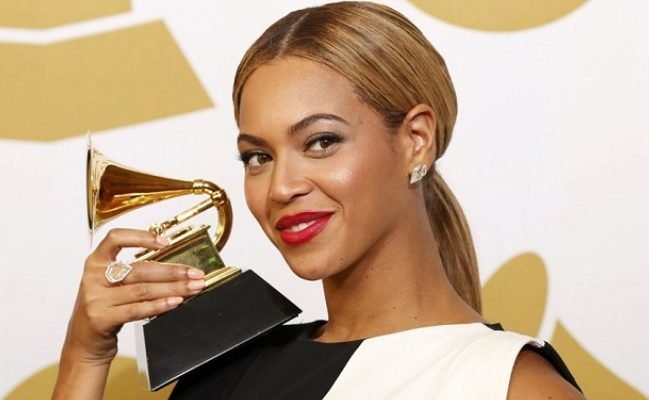 American singer, Beyonce has been tongue lashed by Nigerians for failing to lend her voice to the ongoing EndSARS protest in the country.

Eversince the beginning of the protests in Nigeria, a lot of international celebrities from all over the world has shown support and the numbers keep increasing by the day.

However, Beyonce is yet to lend a voice to the ongoing movement which has caused a stir on social media because her recent visual album “Black is King” was influenced by Nigerians as artistes like Wizkid, Yemi Alade, Burna Boy, Tecno, Mr Eazi, Tiwa Savage and other Nigerians were on the project and her silence has caused an uproar among Nigerians as it was expected that she would have joined the movement before now.

According to some Twitter users who called the singer out, Beyonce only knows how to use the blacks for her music and don’t care about whatever happens to them.

Checkout some reactions below: 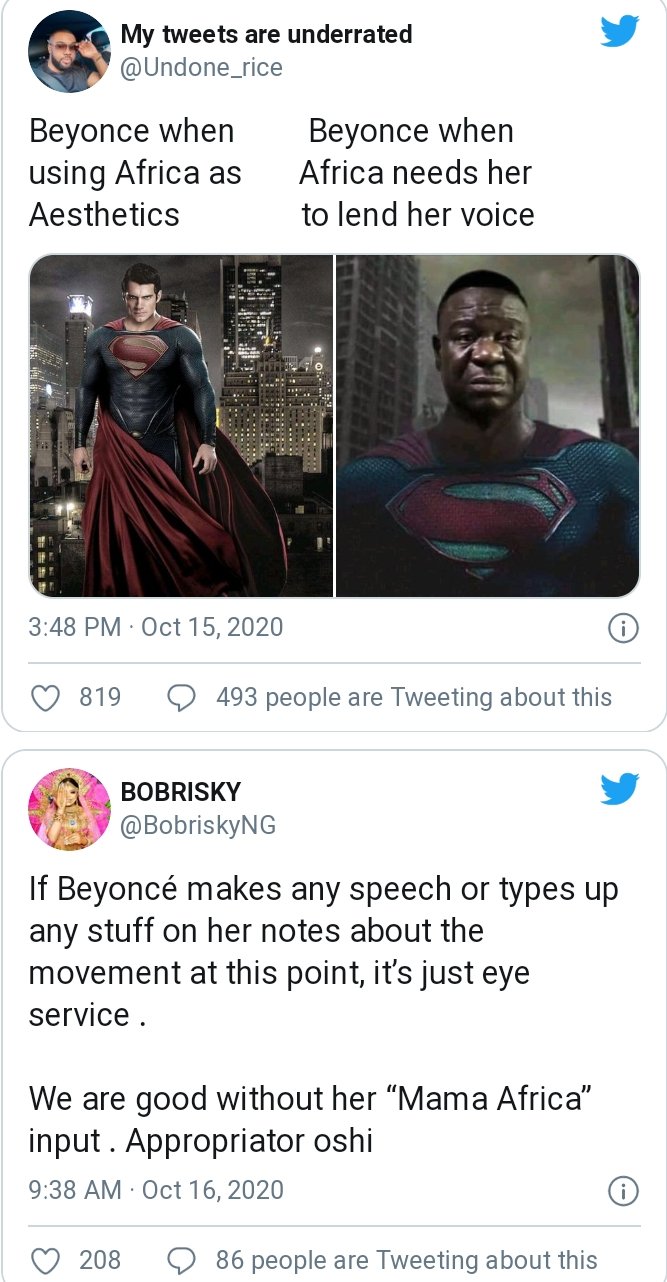 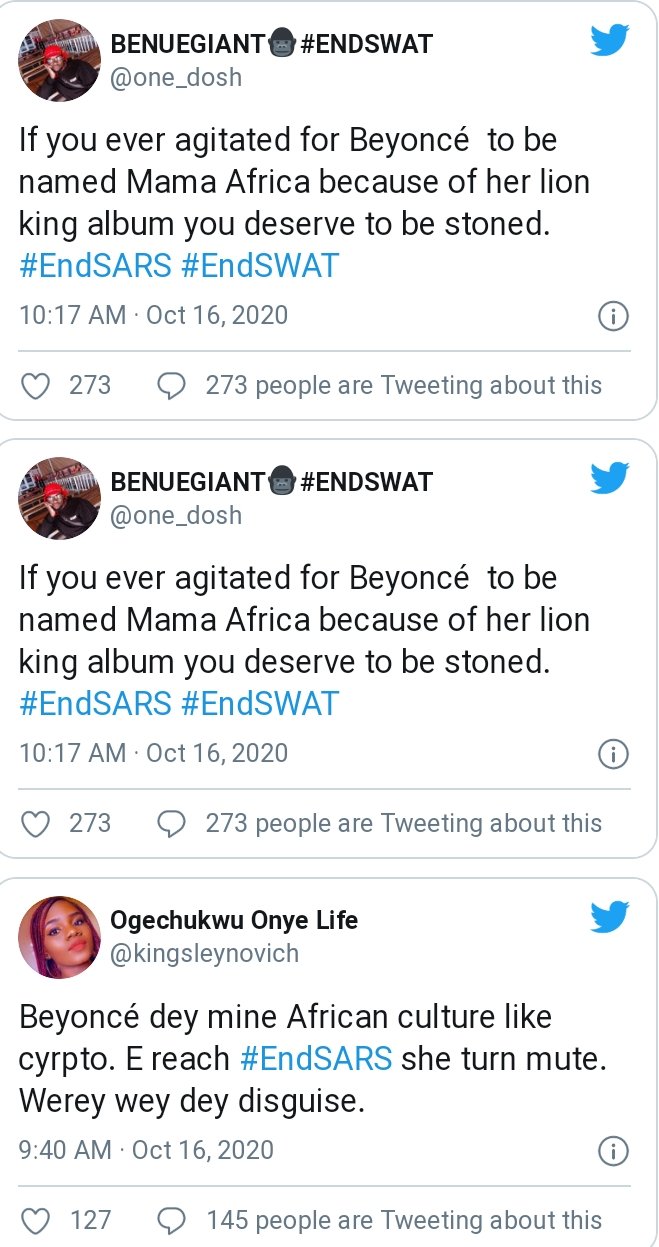 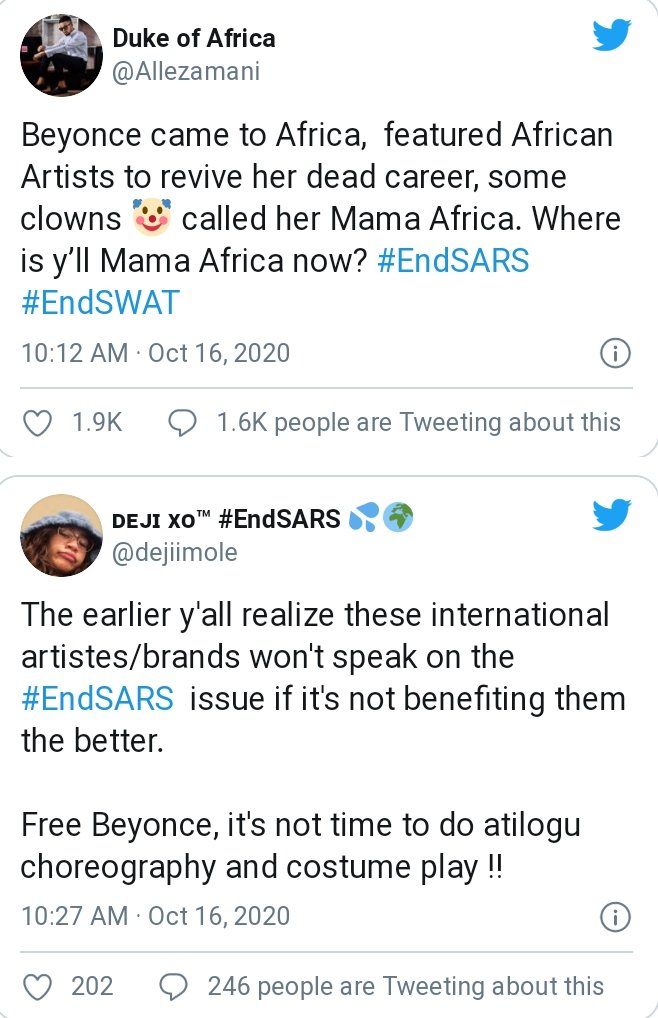 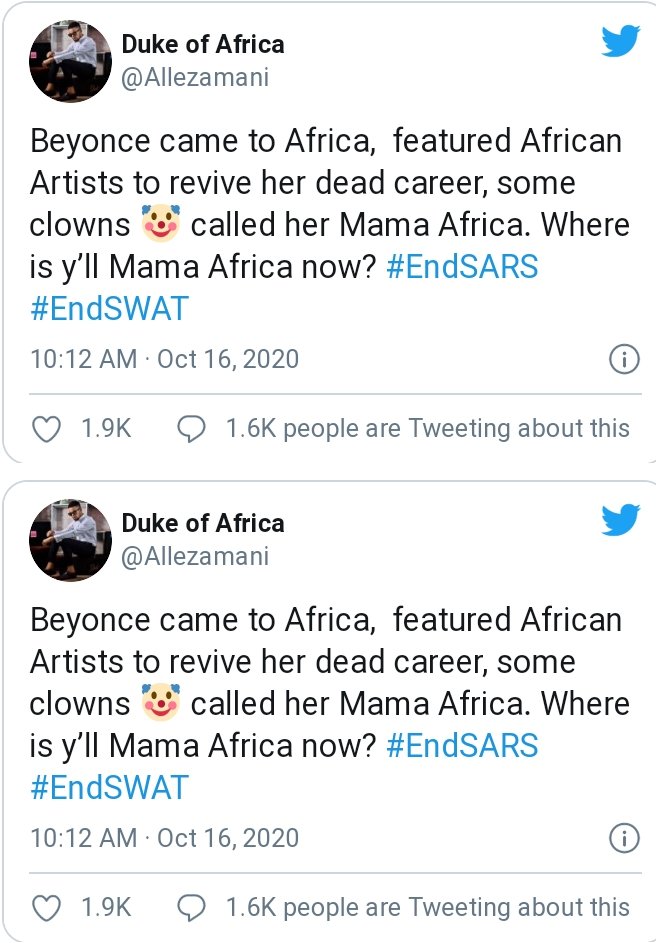 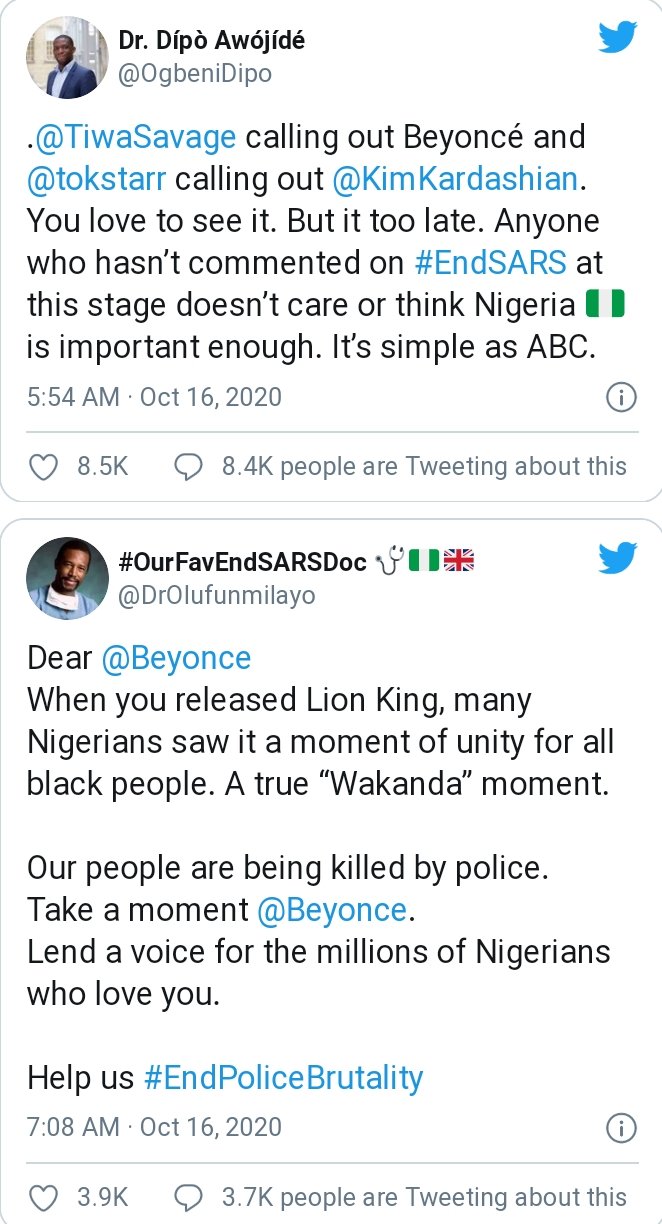 ‘We All Have Mothers’ Tiwa Savage Replies Beyoncé’s Mom 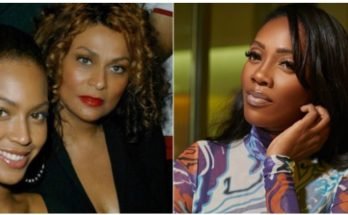