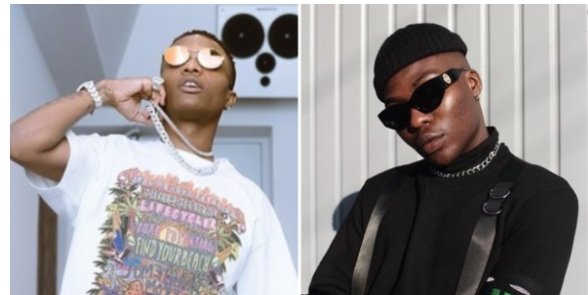 There have been a recent exchange of words on Twitter between music stars Wizkid and Reekado Banks.

Reekado had taken to social media to announce the release of his new song titled ‘Omo Ologo’ featuring Starboy Wizkid which will drop by midnight today amid the EndSARS protest.

He wrote: “Out of control, gbedu must drop. This one with my brother @wizkidayo “OMO OLOMO” midnight dropping Fire Still on the matter !!! #EndSWAT #EndSARS #EndPoliceBrutality”

However, this did not go down well with Wizkid as he blasted the singer and asked that he delete the post.

Wizkid wrote: “Delete this dude ! Can’t believe you’re even doing this at a time like this. Old song ! #endsars fool!” clout animal” 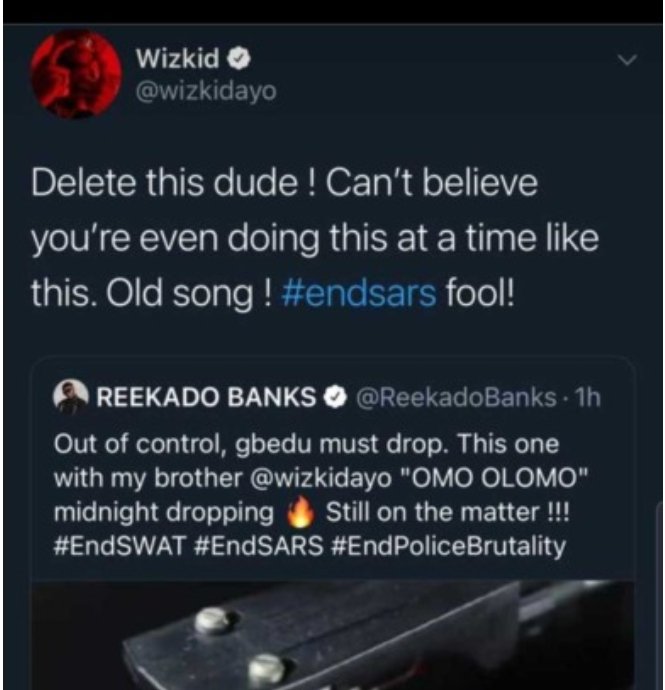 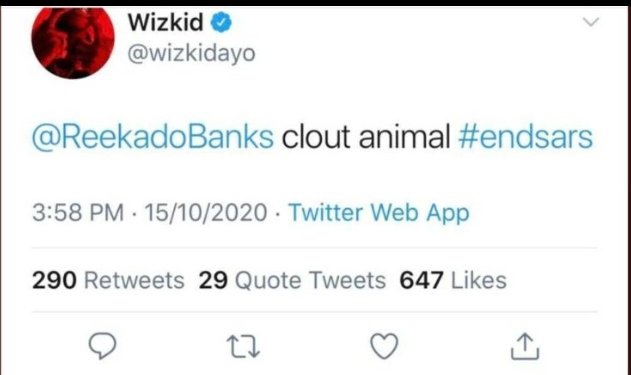 Recall that Wizkid postponed the release date of his much anticipated album ‘Made in Lagos’ because of the ongoing EndSARS protest in the country.

As usual, Twitter users have started reacting to this development, some are of the opinion that Wizkid’s statement was rather harsh while others felt Reekado deserved what he got.

Read their comments below: 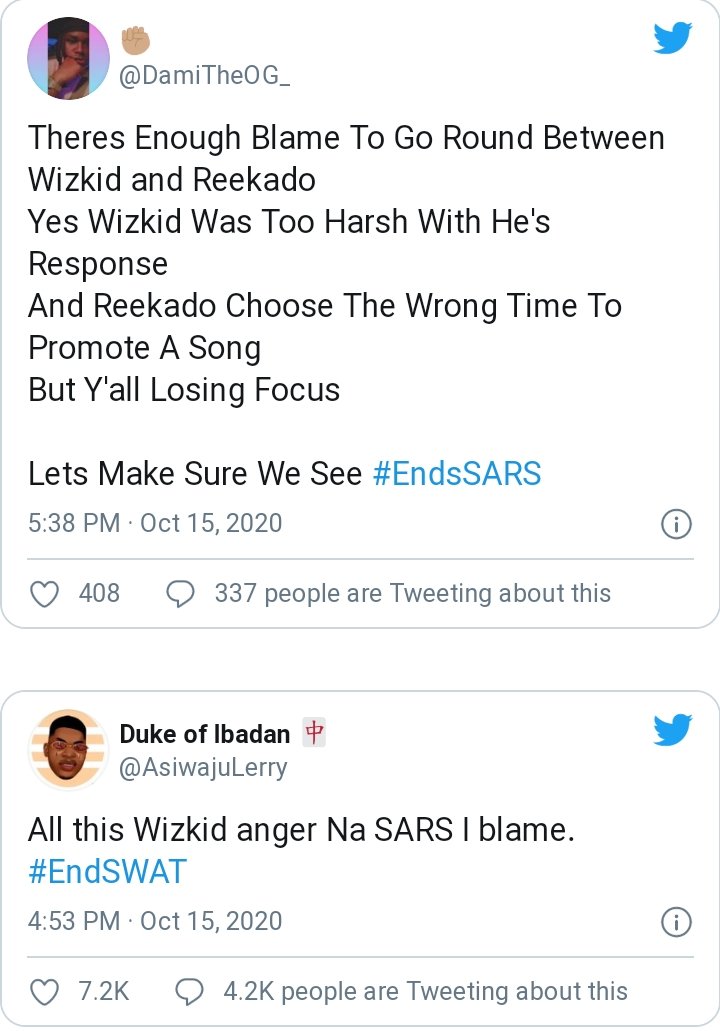 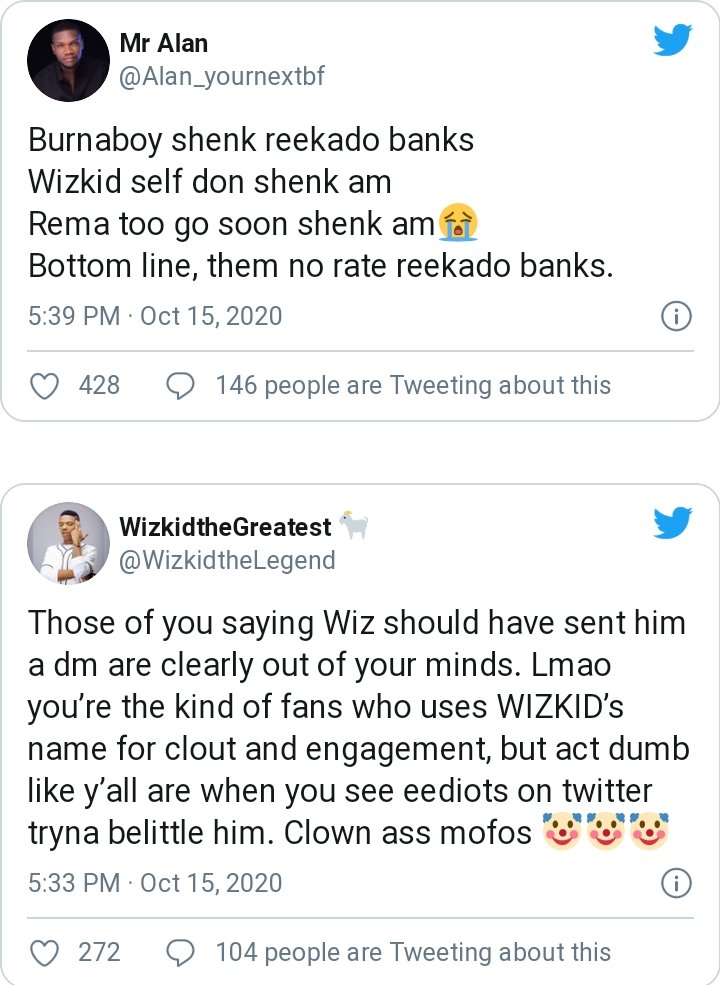 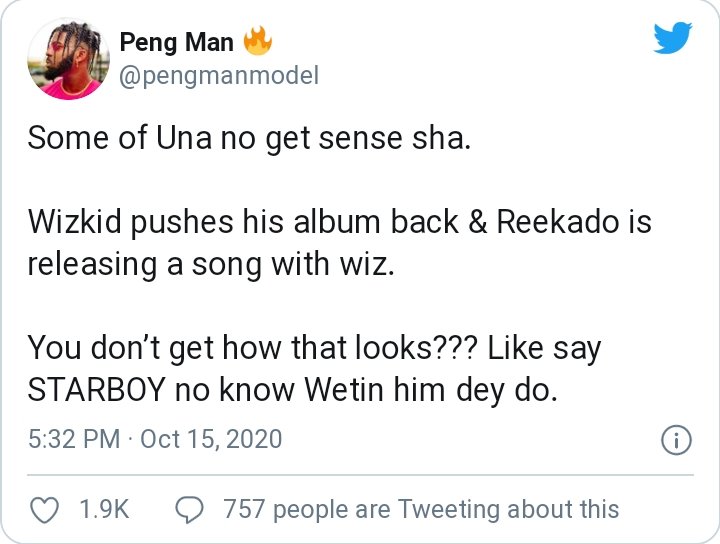 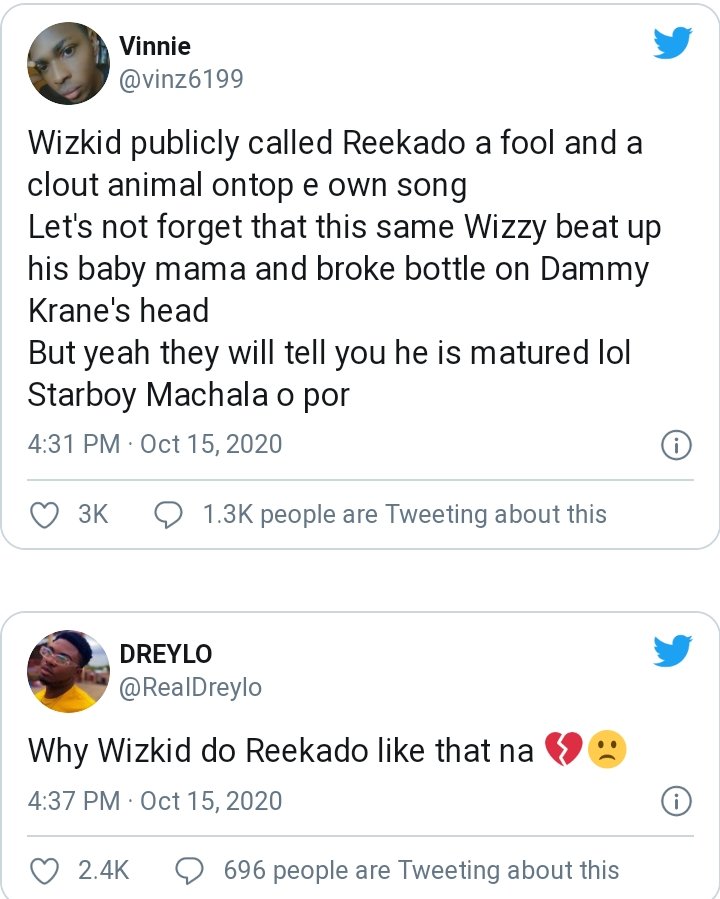