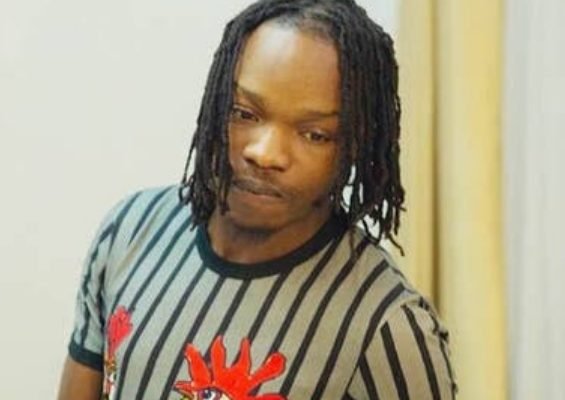 Music star, Naira Marley has reacted to the #EndSARS protest organized by Runtown and other celebrities in Lagos.

Other Nigerians took to the streets of Lagos to protest for the removal of the SARS unit of the Nigerian Police force and their aim is to get the attention of the federal government to eradicate the SARS unit to avoid incessant brutality from them.

Naira Marley who was supposed to spearhead a protest some days back but cancelled it because of the intervention of the police and later had a live Instagram session with the Police PRO Frank Mba. The singer noted that he will lead a protest in a week’s time if the police refuse to look into the matter as they have promised to do.

He wrote: “Respect to all the youths out there fighting for their rights and what’s right. God bless y’all. After a week if there’s no changes on this fsars issue as promised by nigeriapoliceforce then we will get back out there stronger. Stay safe and protest peacefully if u re protesting. 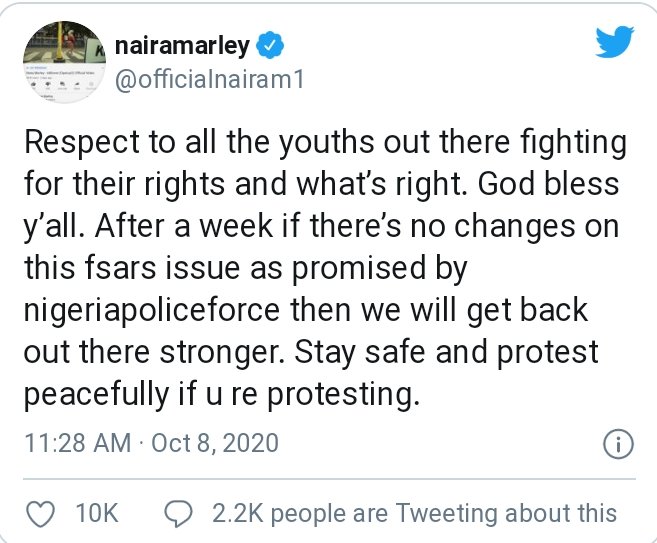 Other celebrities who joined the protest are Falz, Tiwa Savage, DJ Spinall amongst others. 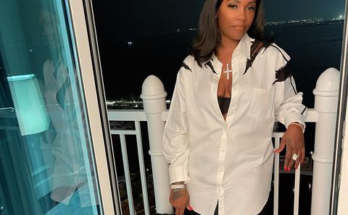