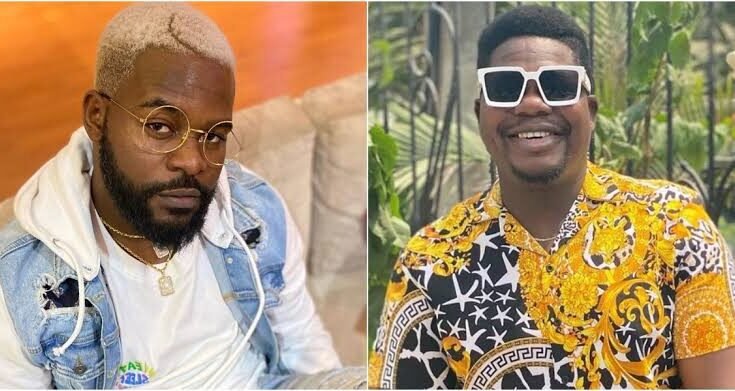 Popular comedian, Mr Macaroni and singer, Falz have reacted to the Lagos State Governor, Babajide Sanwo-Olu’s invitation for ‘A Walk for Peace.’ 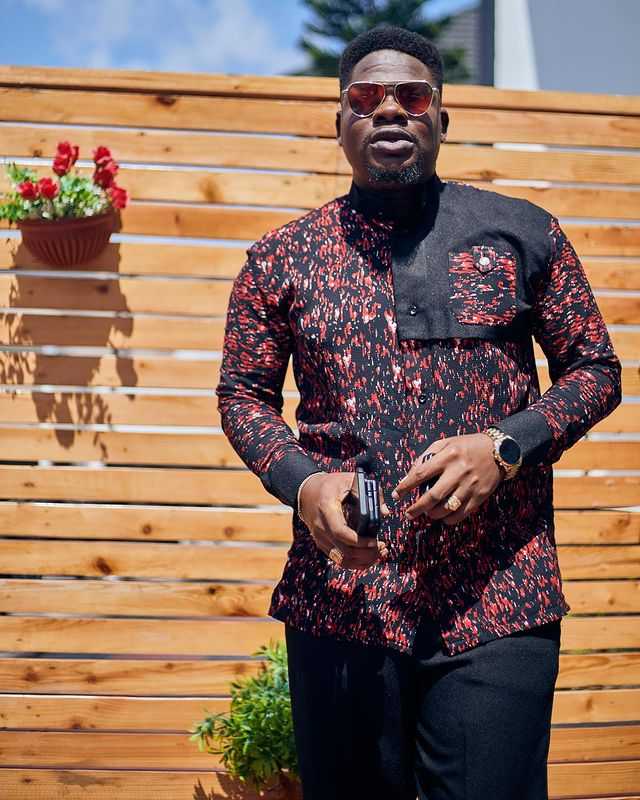 Earlier today Tuesday 30th November, Governor Sanwo called on notable celebrities such as Falz, Mr Macaroni, Seun Kuti and so on to join him for a peace walk while insisting that the state requires true healing following the #EndSARS protest that occurred last year.

Governor Sanwo-Olu who disclosed that he would be leading the walk also made a clarion call for the youths, members of the diplomatic corps, civil society groups, students and the media to join him. 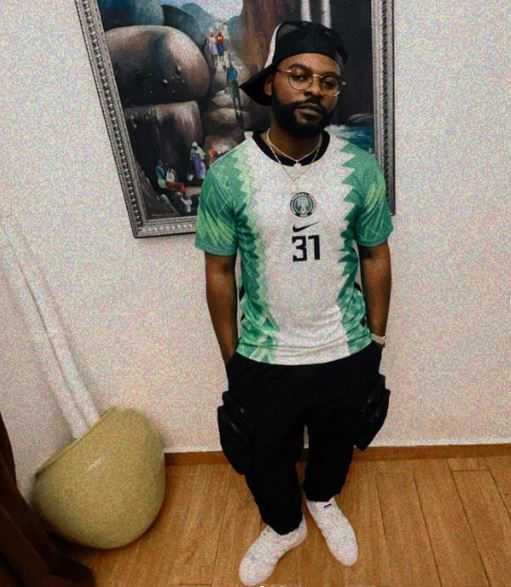 Reacting to this, Mr Macaroni taking to his Twitter handle publicly declined the invitation as he wrote:

“I humbly decline the Invitation of Mr Governor. The Government themselves set up a panel. The panel has made recommendations. I believe that genuine peacemaking will begin by first implementing the recommendations of the panel. Then we can begin to trust the government.

Mr Governor has said it in his speech. That to be a center of Excellence, we have to be a Center of Truth. Before there can be healing, the government has to be sincere. There must be acceptance of wrongdoings and willingness to correct them.

Abeg o. If I wan lose weight, I go go gym. Same peaceful Walk wey Nigerian Youths do wey dem kill them? Some are still in prison.. some have gone into hiding. Their lives no longer theirs all because we decided to walk against police brutality.

Finally, I’m not at war with anyone. Not with the Government, police or politicians. All we are asking is that our leaders place value on our lives as citizens and lead us with love, fairness, truth and justice, to enable all Nigerians live a better life in peace and unity.” 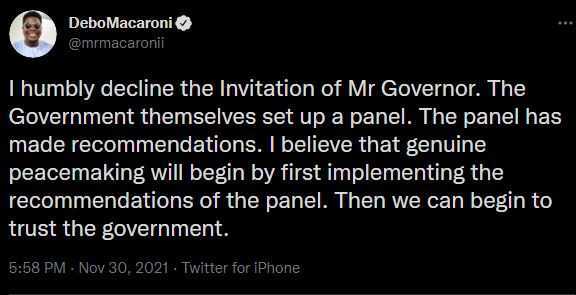 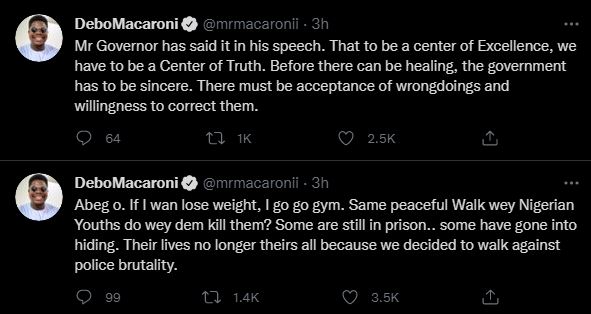 Falz while fuming over the fact that no effective step has been taken following the Lekki Toll Gate shooting wrote:

“This suggestion of a “walk for peace” sounds like a joke and a very disrespectful one at that.
People were murdered in cold blood and absolutely no iota of justice has been served more than a year after.
How can there be peace without justice ?

In this same speech, you said “To be a smart city, we first must be a just one”
Remember the young Nigerians that had their lives snatched away by weapons weilded by our own armed forces? You want to sweep that under the carpet ? Is that how to establish a just city? #ENDSARS

Young Nigerians, till today, are still being constantly harassed and extorted by police officers!! You were awfully quiet about that. Or are you not aware ? #ENDSARS”