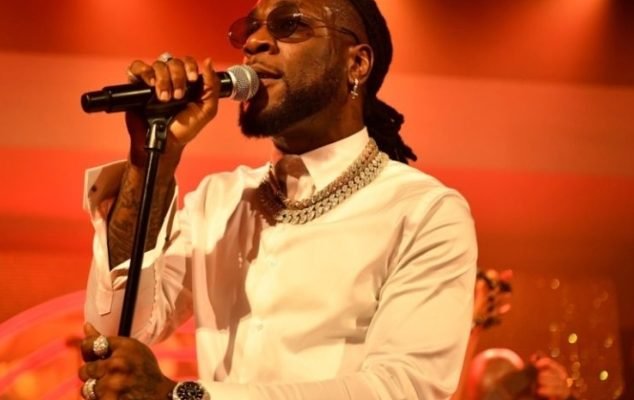 Music star Burna Boy has declined former presidential candidate and activist, Omoyele Sowore’s invitation to join the Revolution Protest which is scheduled to take place on Independence day and this has got a lot of people talking on social media.

The activist via his Twitter page called out Burna Boy to join them for the protest as most people compared him to late Fela.

He wrote: “Hello @burnaboy, everywhere I turn people describe you as a revolutionary musician, the foreign media even celebrate you compare you to Fela Kuti, but I am yet to see you lead anyone to a police station carrying a coffin for head of state! Join” 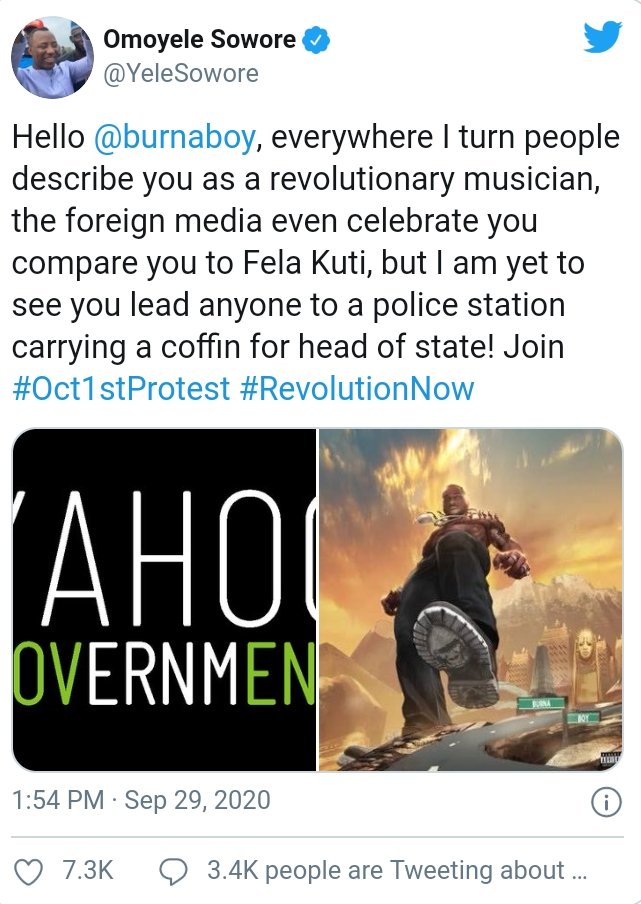 Responding to the invitation, Burna Boy said when Fela was alive the people he was fighting for was were the same ones that put him through hell adding that his mother’s family were also victimized for being connected to the late musician. 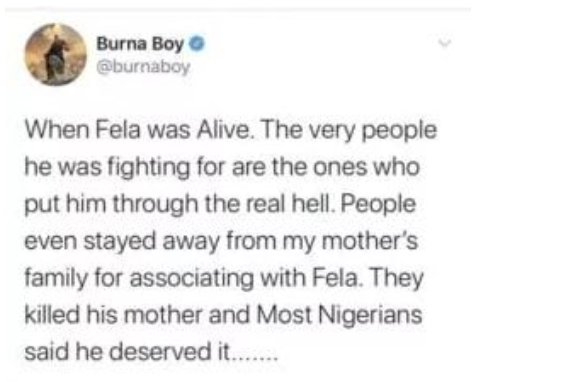 Sowore also responded that he is not one of the person one could describe as a Fela fan but he is a member of the Fela household adding that if Burna Boy wants to be Fela, he should act like him.

“@burnaboy I am not just one of the persons who you could describe as “Fela’s fan after he died,” I am a member of Fela’s household, ask @RealSeunKuti, as a student’s leader in the 90s I met and hung out with Abami Eda at home and the African shrine! If you want to be Fela be Fela” 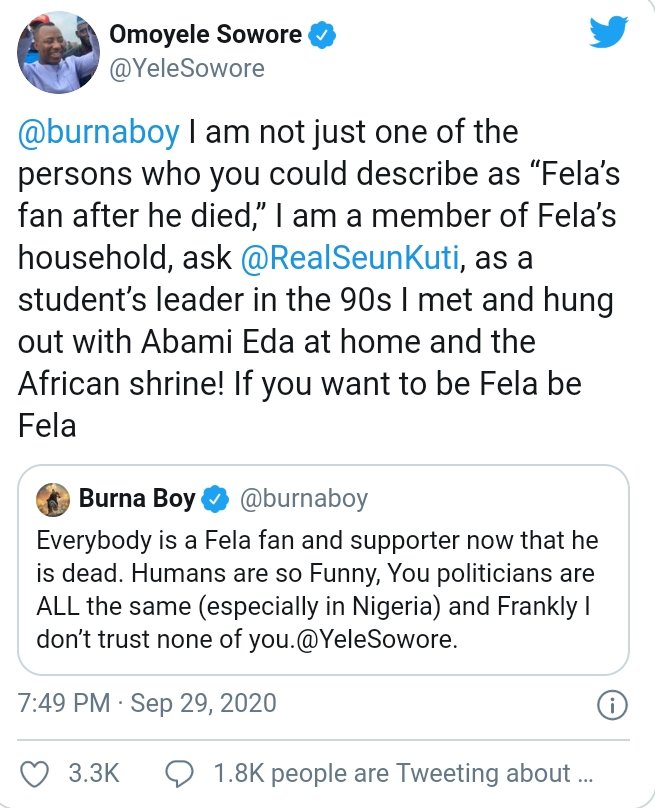 Sowore who is known for his ‘Revolution Now’ Protests and has been on the neck of the  Nigerian Government for a better country.