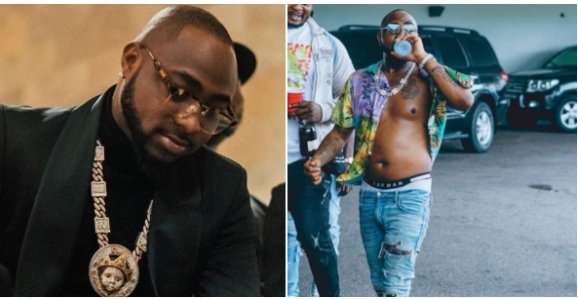 Nigerian singer David Adeleke also known as Davido has disclosed that he securing the bag is very important to him than trying to keep a good body structure.

The music star too k to his social media handle via Instagram to share an information with his fans and followers that having a six pack is overrated as he would rather concentrate on making more money.

Davido went ahead to share a photo on social media where he showed off his pot belly.

6 packs overrated I’d rather have the bag. Money bag” 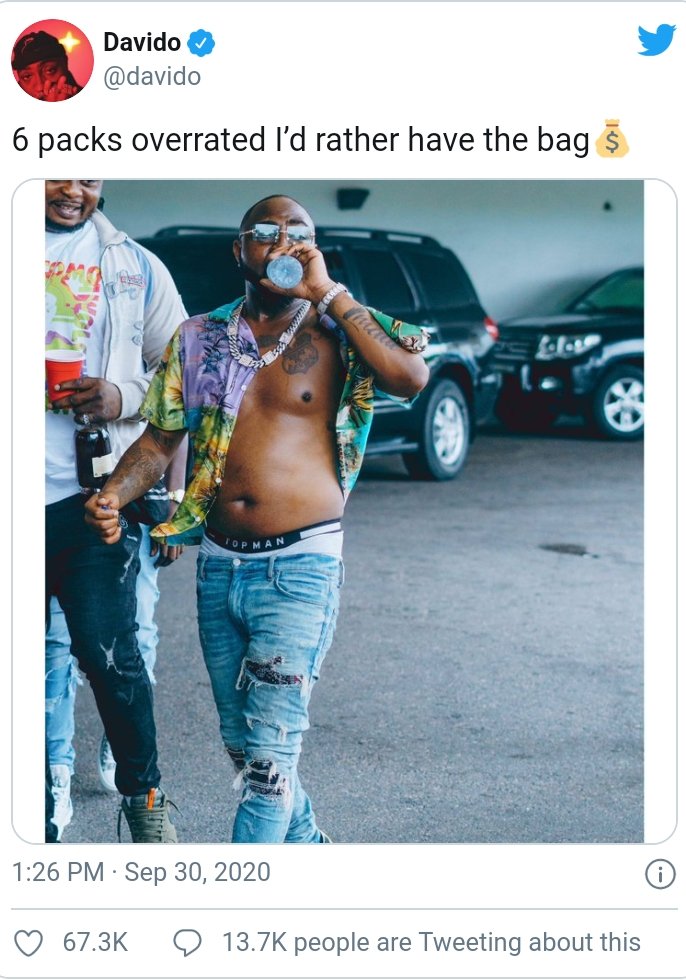 Explaining the photo, the DMW boss said having six-packs is overrated and that he would rather make some money.