Nigerian disc jockey Florence Otedola popularly known as DJ Cuppy is in a celebration mood as she is getting quite famous on Instagram.
The Billionaire’s daughter recently hit 6 million followers on popular social media platform Instagram and she is so excited about this great feat describing her followers as unstoppable.
Cuppy took to her Instagram page to thank her fans and followers describing them as unstoppable while her fans in return, excitedly joined in the celebration congratulating her on getting more followers. 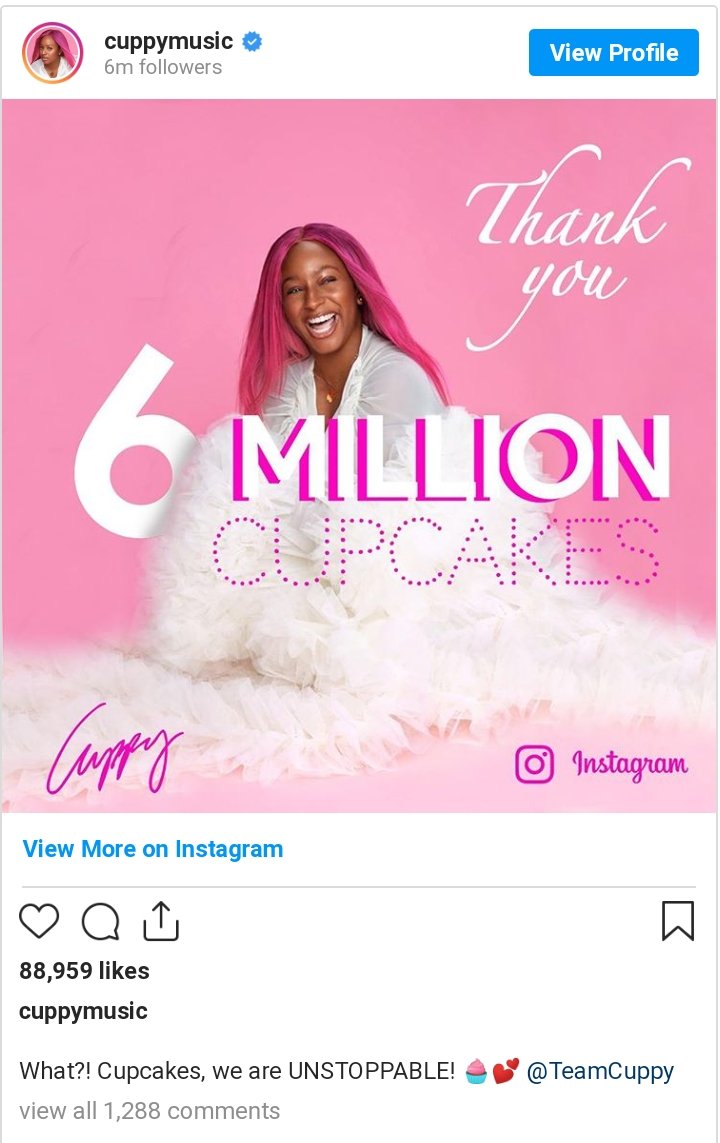 Cuppy who has continued to enjoy media attention following the release of her debut album Original copy recently expressed that she was tired of people telling her how to live her life.
She recalled an instance when someone told her she was too wealthy to wear the type of wigs that she did. In response, Cuppy said it was her life and she could do as she pleased.