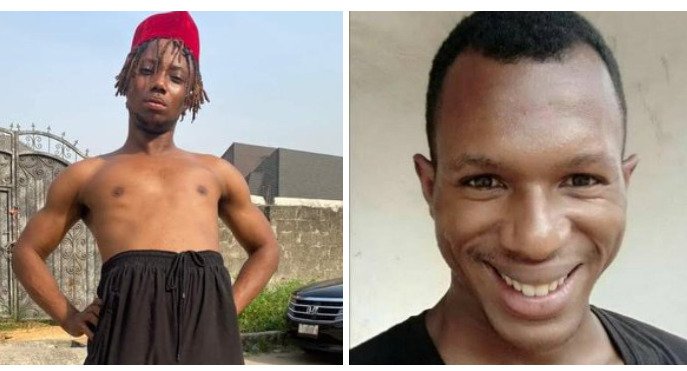 Cee Melody, whose real name is Chibunna Samson, took to his Facebook page to react to what he describes as a ‘total disrespect to Nigerian music’.

The ‘Chere’ crooner further questioned Daniel Regha’s followers on social media, in a rant targeted at the Twitter influencer.

The fast rising Afrobeats star and comedian wrote: “Can’t believe Daniel Regha keeps shading and trolling Nigerian superstars. Who activates this fo.ol? Who are his followers? Step in the booth if you gat guts. Total disrespect to Nigerian music.”

One cannot pinpoint the particular tweet by Daniel Regha that must have triggered Cee Melody’s reaction. Meanwhile, we must recall that the Twitter influencer is famed for picking out popular celebrities especially music artists.

In his recent response to the ‘Machala’ long running feud between Berri-Tiga and Carter Efe, Regha tweeted:

“Wizkid FC that c¤uldn’t stream Terri’s EP, or push Wizkid’s songs to No. 1 are claiming that they’re the reason why Carter Efe’s “Machala” topped the music chart; That’s funny. Y’all need to get real. Wizkid only top charts due to payo!a & mass!ve PR, n¤t FC streams. No shades.” 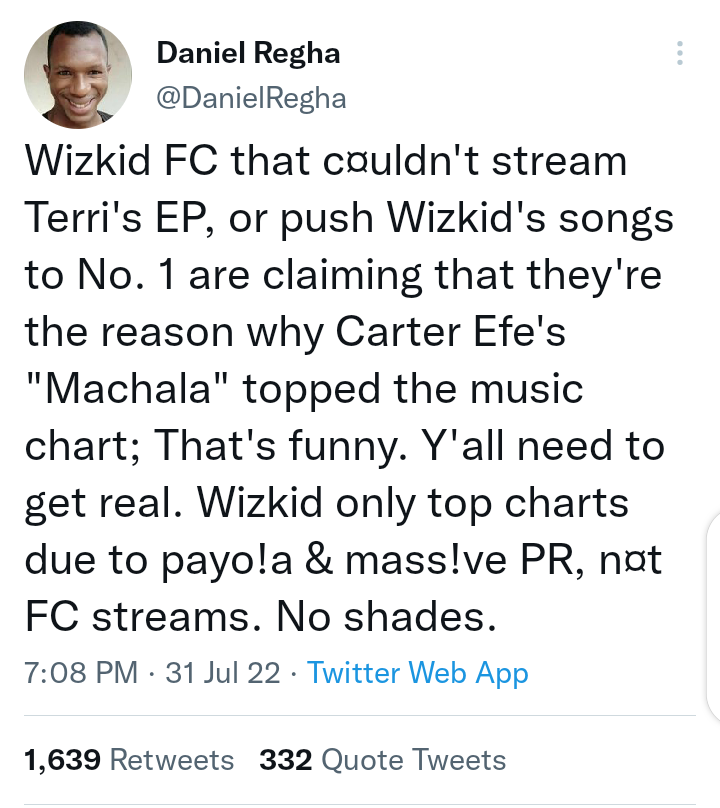 The above tweet, no doubt, was a direct backlash to Wizkid who had shown no interest in ‘Machala’ or said anything publicly about the song and its many controversies.

PAID AD: Listen  to and follow the ‘Afro Classics’ playlist on Spotify

For artist management and music promotion services reach us on WhatsApp: