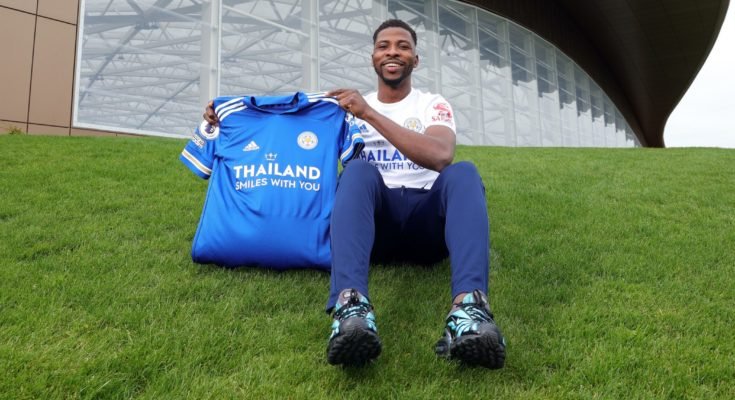 It’s taken a while but Nigerian international striker Kelechi Iheanacho is finally establishing himself in the English Premier League. Having made his debut for Manchester City back in 2015, the attacker found opportunities limited as he tried to get ahead of the great Sergio Aguero in the starting lineup.

Iheanacho moved to Leicester City in 2017 but he initially found himself in a similar situation as he battled with established Foxes striker Jamie Vardy. He remained patient and, as the new season in England develops, Iheanacho has been involved in each of Leicester’s first ten Premier League matches of the campaign.

When Leicester City signed the promising Zambian striker Patson Daka in the close season, many felt that Kelechi Iheanacho would have to give way. Daka arrived at the King Power Stadium after a prolific four years with Austria’s Red Bull Salzburg where he averaged at better than a goal every other game.

Despite that record and a transfer fee believed to be worth £23 million GBP, Daka has only featured in three of Leicester’s first ten Premier League matches of the 2021/22 campaign. Kelechi Iheanacho has been preferred as the team’s support striker for Jamie Vardy but the pressure remains on the Nigerian.

Across those first ten games, Iheanacho has scored just once and that’s a record that clearly needs to improve. The focus will be on in the next few weeks with Patson Daka patiently waiting for a chance to impress.

Leicester City may have a potent strike force at their disposal but Brendan Rodgers’ side have struggled at the start of the new season. Having narrowly missed out on Champions League qualification at the end of 2020/21 much was expected of the Foxes this time around but the side were languishing in 12th place in the table after those first ten games.

That leaves Leicester with much to do over the remainder of the season and they have a battle to get back into those European places. According to Saudi Arabian betting sites linked to Arabianbetting.com, Brendan Rodgers’ men are among the rank outsiders to finish inside that top four.

Ahead of Leicester in that top four market are Manchester City, Liverpool, Chelsea, West Ham United, Spurs, Arsenal and Everton. It’s going to be a tough challenge but, as the Premier League weeks roll by, Arabianbetting will update those odds and an improvement in results will see Leicester climb the rankings.

The chaning odds will be backed up by news and opinion reports while readers can also get involved with those markets. Each member of the panel of recommended sportsbooks is ready to accept new customers and, in most cases, there will be a generous form of welcome offer up for grabs.

The service is backed up by a choice of funding options, together with fast customer service and there will be an extensive choice of bets for football and other sports. It’s a site worth visiting for anyone interested in the English Premier League but can Kelechi Iheanacho make a positive difference to Leicester City’s season?

Read: Nothing scares me anymore in life Kelechi Iheanacho

Iheanacho’s finest moments for Leicester City this season came in the Carabao Cup where his efforts helped to secure a draw at the end of normal time. The Nigerian was sharp up front and, while he didn’t find the net, he did help the Foxes to squeeze through in the penalty shootout.

The striker has also been vocal in terms of Leicester’s fight and their improvement on the pitch following a slow start to the season. He’s a big presence at the top of the pitch and has played his part in that comeback but Iheanacho will need to boost his scoring ratio if he is to remain as an automatic first team choice