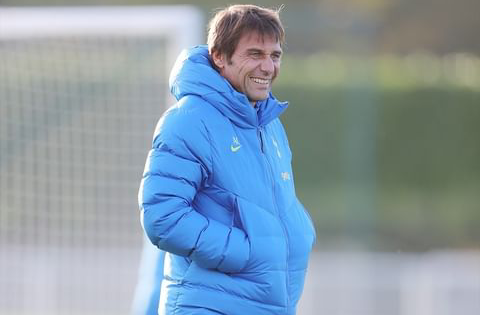 Tottenham Hotspur have appointed Antonio Conte as their new manager on a two-year contract.

The London club confirmed Conte’s appointment in a statement released on their official website on Tuesday.

Conte takes over from Nuno Espírito Santo, who was sacked on Monday.

“We are delighted to announce the appointment of Antonio Conte as our Head Coach on a contract until the summer of 2023, with an option to extend,” the club said.

“Antonio has won titles in Serie A, including a hat-trick of Scudettos with Juventus, the Premier League and also managed Italy, leading the Azzurri to the quarter-finals of Euro 2016.

“Born in Lecce, Antonio began his playing career at his home-town team (1985-1991) before achieving legendary status at Juventus (1991-2004). A midfielder, he won five Scudettos with La Vecchia Signora, the UEFA Cup in 1993 and Champions League in 1996. He earned 20 caps for Italy and was part of squads that achieved runners-up status in the 1994 World Cup and Euro 2000.

“Antonio began his coaching career as an assistant in Siena in 2005 and had spells at Arezzo, Bari – where he won Serie B – and Atalanta before returning to Juventus in 2011.

He won the title in his first season, 2011/12, completing the campaign unbeaten and equalling a club record 28-match unbeaten run set by Fabio Capello. He completed a hat-trick of titles with success in 2012/13 and 2013/14, when Juve amassed a Serie A record of 102 points.

“Antonio took charge of the Italian national team in 2014 and led them to the quarter-finals of Euro 2016, topping their group and beating Belgium and Spain along the way.”