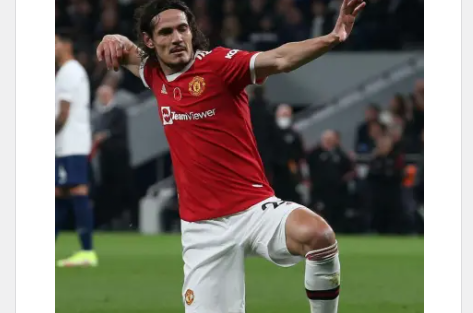 Under-fire Man United manager Ole Gunner Solskjaer has passed one of his three-game ultimatum as the Reds bounced back to winning ways after overcoming Tottenham 3-0 in Saturday’s Premier League game.

Cristiano Ronaldo produced a timely influential display in a pivotal 3-0 victory in north London for his hugely under-pressure manager, who desperately needed a result amid intense speculation over his future following last weekend’s 5-0 home humiliation by rivals Liverpool.

Ronaldo provided a brilliant goal of his own as well as a stylish assist for Edinson Cavani, with substitute Marcus Rashford also netting to offer Solskjaer some much-needed respite.

While he is by no means out of the woods yet, it is Spurs counterpart Nuno who will now be feeling the heat after a desperate display from his side.

The respective managers’ team selections – Solskjaer going three at the back and Nuno drafting in Ben Davies and Giovani Lo Celso – had rather suggested there would be a cautious start to proceedings.