Bobrisky‘s former PA, Oye Kyme has shared the lovely message she received from Bobrisky moments ago.

Recall, the duo have been at loggerheads with each other after Oye Kyme claimed that Bobrisky treated her badly during her stay in his house.

She subsequently travelled back to her country, Ivory Coast, where she called out the crossdresser again and slammed him via Instagram.

She revealed secrets about Bob, and also alleged that he was having an affair with Mompha.

However, in an update, the duo have finally settled their beef following Oye’s health condition. Oye earlier made a post stating that she caught Covid and was admitted at hospital.

Checkout her chat with Bobrisky below: 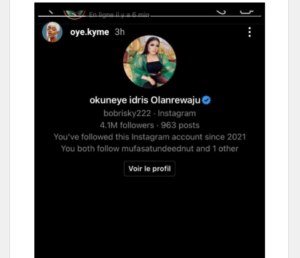 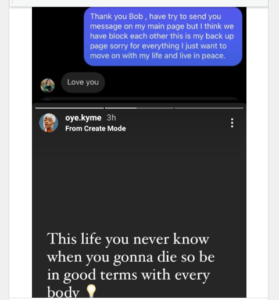