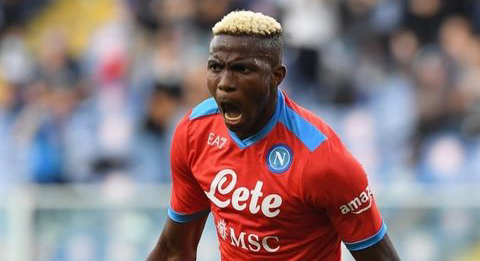 Udinese manager Luca Gotti has described Super Eagles striker, Victor Osimhen as a modern-day striker that every team will gladly have in their disposal.

Gotti stated this in an interview with Dazn per Getfootballnewsitaly, where he praised the Nigerian international for his impressive goal scoring performance for Napoli in the Serie A this ongoing season.

Recall that the Super Eagles star has scored nine goals in ten games for Napoli this season, scoring five in Serie A and another four in the Europa League.

Read: PSG to contend with Liverpool For Karim Adeyemi

He compared Osimhen to Portuguese winger Beto,who also have been having brilliant performance for Udinese.

Gotti said, “Having a forward like that is different for the opponents, as he can be described as a modern-day forward,” he added.