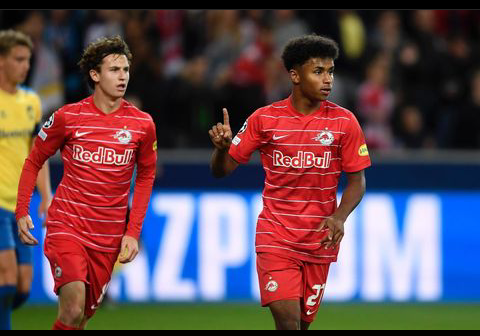 Paris Saint-Germain are looking to rival Liverpool for the signature of Karim Adeyemi according to reports.

Adeyemi has been in superlative form for Red Bull Salzburg this season with 14 goals and two assists in 18 appearances across all competitions.

The 19-year-old has been linked with a move Liiverpool and he recently stated that he was ‘honoured’ with the interest.

The report adds that a January departure from Salzburg is not totally off the cards for Adeyemi, but Bayern Munich and Borussia Dortmund are at the head of the queue after scheduling talks with the striker’s camp.He is contracted to Red Bull Salzburg until 2024.