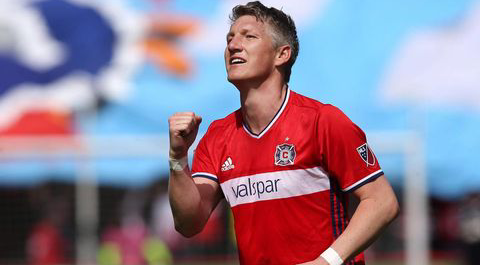 Former Bayern Munich midfielder, Bastian Schweinsteiger believes Man United are currently not in the same level with teams such as Man City, Chelsea and Bayern Munich based on their performance in the Premier League.

Schweinsteiger stated this in an interview with BBC Radio 5 Live, where he slammed the team for conceding five goals against bitter rivals, Liverpool at Old Trafford on Sunday.

“It is still not 100 per cent clear to me if Manchester United are going to be successful or not. They have great names like Paul Pogba and Cristiano Ronaldo, and I think that Marcus Rashford will help them a lot in the future because he has been injured. It has not been easy for them.

“But if you compare their football to other teams like Chelsea, Manchester City, Liverpool or even like Bayern Munich it is not on the same level at the moment. United can always hurt you in one game, that is clear to me, especially at Old Trafford.”

Read: Chritiano  Ronaldo Uncovers When He Will Retire From Football

“If you look at Manchester City or Chelsea and the impact that Thomas Tuchel had on them – it was unbelievable.

“He knew exactly what the players needed to perform and they have a strategy and a DNA. They have more in their game.

“The experience of Cristiano Ronaldo and Raphael Varane will definitely help the team, but the question is how much are they involved in the tactics of the team.