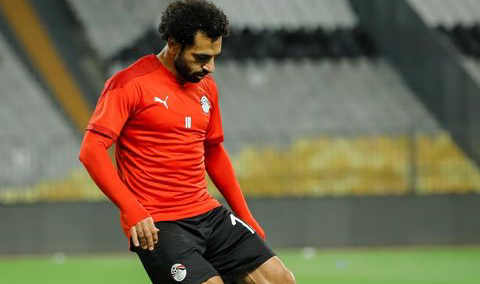 Liverpool manager Jurgen Klopp has insisted that he was “not surprised” to hear Mohamed Salah say that he wants to stay at the club for the rest of his career.

Salah has been in prolific form for the Reds so far this season, scoring 15 goals in 12 games across all competitions and 10 in just nine Premier League outings.

A hat-trick in Liverpool’s 5-0 demolition of Manchester United on Sunday prompted more claims that the Egyptian is the best player in world football right now, but his long-term future at Anfield remains in doubt with his current contract due to expire in 2023.

However, Salah recently confirmed that he wants to retire as a Liverpool player, and Klopp revealed that he already knew about the forward’s desire.

“He’s in great shape at the moment obviously and he deals really well with all the fuss the whole world is making around him. He enjoys his football and long, long, long, long may it continue,” Klopp told Sky Sports News.

“I knew [Salah wants to retire at Liverpool], I don’t have to watch telly to know that. I was not surprised that he said it because I speak to him from time to time and I know the situation.”

Salah’s treble saw him become the first player in Premier League history to score an away hat-trick against Man United at Old Trafford.

Watch: Salah the best player in the world