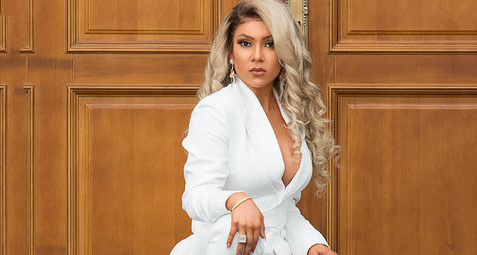 Before now, a popular blog on Instagram ‘Gistlover’ had called out Maria and told her to leave the married man she was with.

Following this, a businessman tycoon aka Cubana ChiefPriest posted on his Instagram, yesterday.

He said; “@grandfish1 @iam_lolofish_27 I get dollars for you, I get pounds for you, there is nothing sweeter than family, wives stay woke girls like @mariachikebenjamin are coming for your husbands, she stole my sister’s husband as if that’s not enough she is sending her threats, that I won’t let it slide, kelvin I dey find una come that dubai nothing must happen to my sister.”
Read: Actor: Uche Maduagwu slams reality star’s critics – ‘Maria is a good wife material’

How the saga started

Last weekend, Maria was seen in a video on her Instagram story flaunting wads of cash as she goes shopping, buying designers from Issey Miyake, Christain Dior, Givenchy etc.

Also, there was a particular wristwatch on her hand that some social media fans had tagged to be the supposedly lover’s wristwatch as he was seen in a picture wearing the exact same wristwatch, Vanguard gathered.

In a recent interview, Maria had said she has been working from the age of 16.

She said; “I have been working since the age of 16. I went to university and high school. I had two jobs. I paid my own rent nand I lived by myself and took care of myself sometimes when people say she got all of these because she’s pretty, I get upset. Beauty can only last for a short period of time.”

In addition, Cubana Chiefpriest posted a video on his Instagram handle with the caption; “@mariachikebenjamin how on earth will you threaten a married woman who has a male and female offspring to leave her husband for you or die, you dey show person husband’s watch and car to pepper her, Kelvin I am so ashamed of you, all of us dey street, you no carry woman pass anybody but we can never make home miserable for our woman to the point a sidechick calls your wife to threaten her life.

If what you are doing is right, why are you covering your face in shame in this video, my own na make nothing happen to my sister, okwa mmadu nwe ogodo ewu na ata (Someone is the owner of the cloth a goat is chewing), if anything happens to my sister”.

Cubana Chiefpriest further posted documents to back his claims that Kelvin (the alleged lover) is legally married with kids. 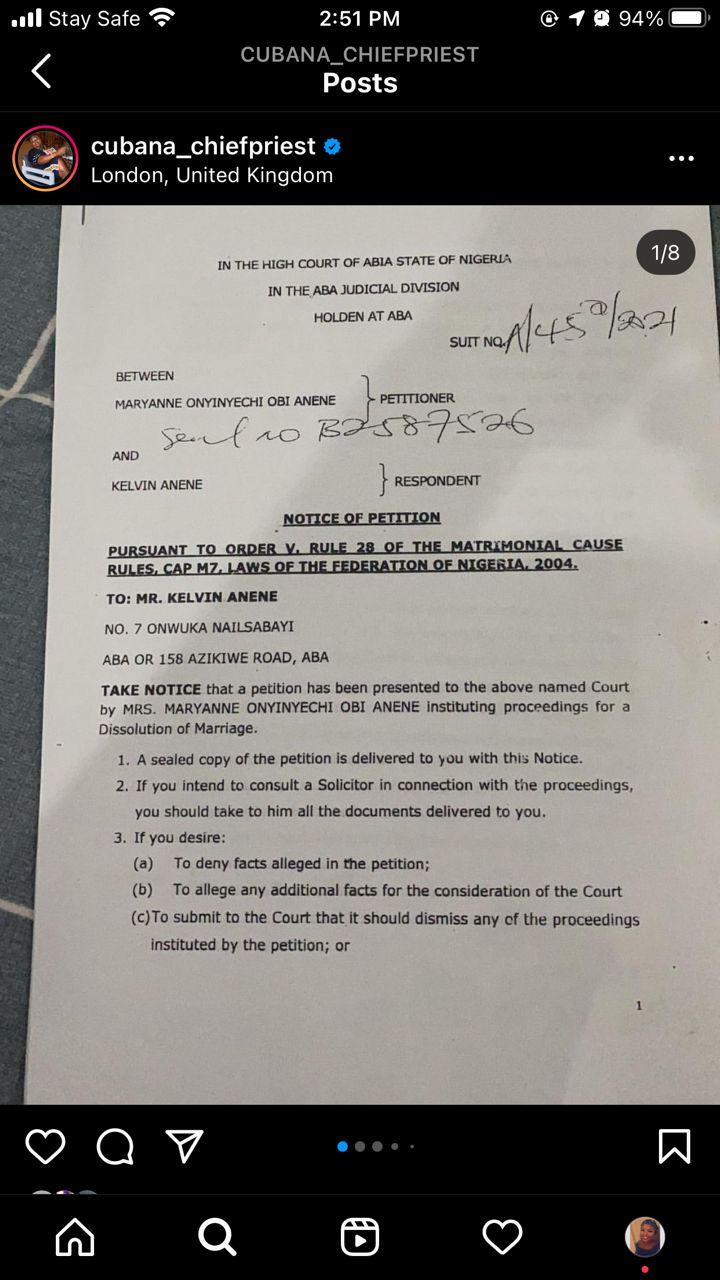 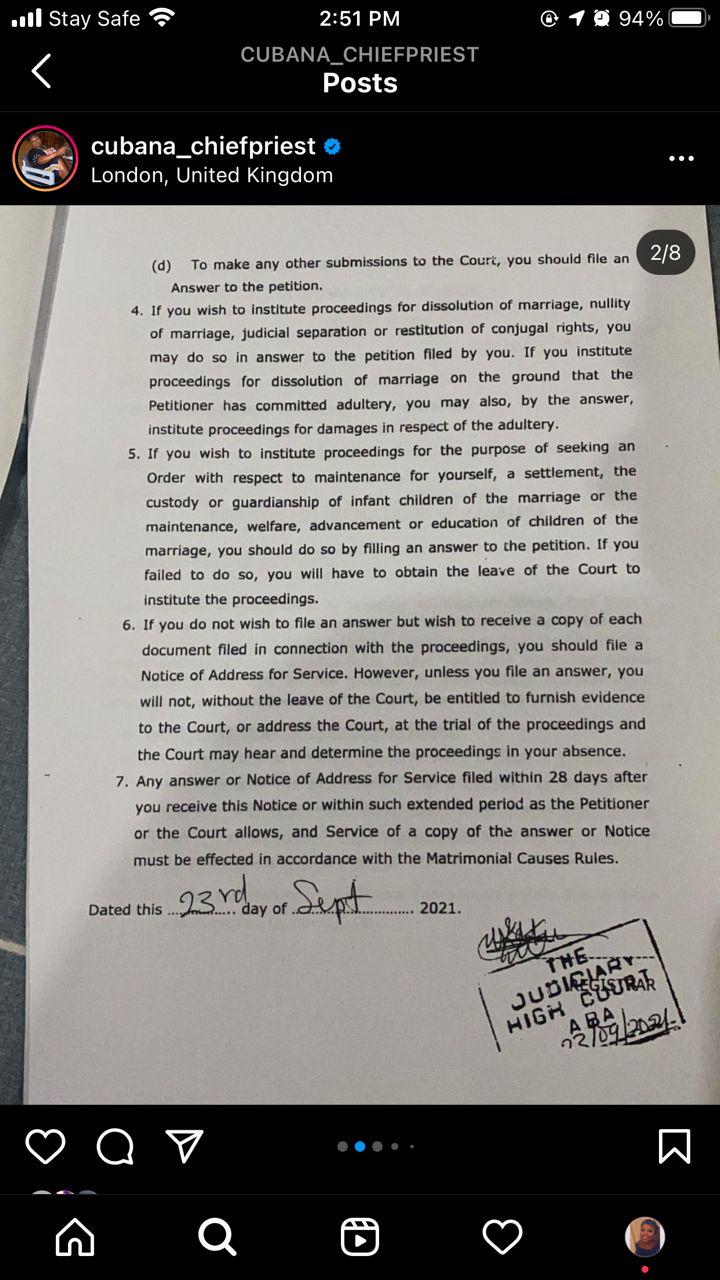 Another lady named Trap Selena has also revealed in a recent report that Kelvin, who was alleged to be having an affair with Maria has indeed ended his marriage with his wife a while ago.

“You don’t have to lock your page Onyi, just come out and tell the truth. You don’t even wear your ring anymore, you yourself have moved on, you just don’t like the fact that he is with a famous person and hinging on the fact that Nigerians will always be on the side of the woman with kids. It’s either you stay with the cheating or you don’t. There is no in and out as you like. Tell them about the divorce proceeding that is already in court, tell them the truth that you are not with kelvin,” she said.