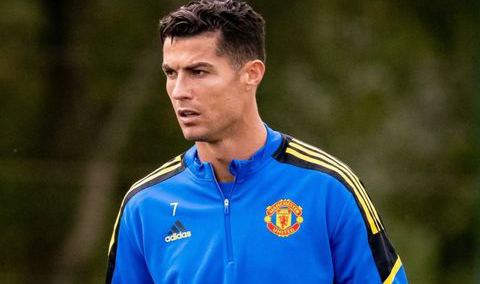 Cristiano Ronaldo has reacted to Manchester United’s 5-0 loss to Liverpool at Old Trafford on Sunday.

United were 2-0 down inside 13 minutes and 4-0 down by half-time with Naby Keita and Diogo Jota scoring and then Mohamed Salah netting a brace before the break to take his scoring run to 10 successive games across all competitions.

Salah became the first away player since 2003 to score a hat-trick at United after notching his third goal just five minutes into the second half.

Ronaldo thought he’d scored a consolation for United but saw a goal chalked off for offside while half-time substitute Paul Pogba was shown a red card just 15 minutes after coming on following a VAR review over a reckless challenge on Naby Keita.

Read: Muhammad Salah Wants To Stay At Liverpool All through his Career

Defeat for United leaves them eight points off leaders Chelsea after just nine matches of the Premier League season, having lost three of their last four top-flight outings.

And Ronaldo, who rejoined United from Juventus in the summer, has spoken out to address the team’s struggles following their heavy defeat to Liverpool.

The Portuguese forward admits he and his team-mates must accept blame for United’s below-par form as manager Ole Gunnar Solskjaer comes under huge scrutiny.

“Our fans were, once again, amazing in their constant support. They deserve better than this, much better, and it’s up to us to deliver. The time is now!”