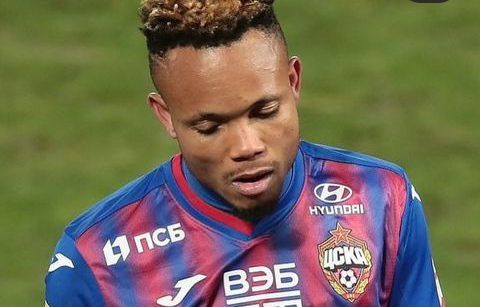 Last week, Ejuke scored the only goal in CSKA’s 1-0 win at URAL.

Ejuke has now scored four goals in 12 games in the Russian elite division this campaign.

He is one goal short of his tally for last season which saw him net five times in 25 league fixtures.

The Nigerian exciting winger scored in the 57th minute to make it 1-1 after Krylya Sovetov took a early first half lead.

The win took CSKA to third on 23 points, same point as leaders Dinamo Moscow in the league table.