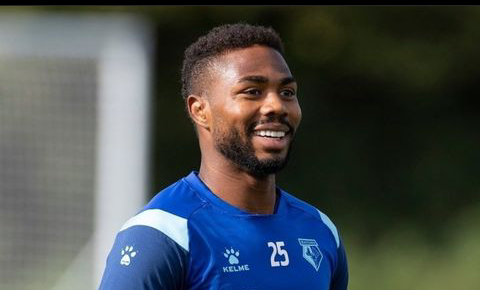 Also in action were William Troost-Ekong and Alex Iwobi for Watford and Everton respectively.

It was Dennis’ third goal in nine Premier League appearances.

For Watford, it is a first ever win against Everton at Goodison Park.

Read: Farke Speaks Ahead Chelsea Vs Norwich City -We have Not Been Clinical In Front Of Goal

With the game at 2-2, a quick counter-attack saw Dennis find Joshua King in acres of space who netted his second of the game to put Watford 3-2.

In the 86th minute Dennis once again found King who turned inside the box before firing past Jordan Pickford for his hat-trick to make it 4-2.

Dennis then round off the score in the 91st minute after finding some space before firing low into the net.

The win took Watford to 14th on 10 points while Everton are in eight place on the log.

And in other results, Newcastle United held Crystal Palace to a 1-1 draw at Selhurst Park, Leeds United were held to a 1-1 draw by Wolves at Elland Road and Burnley played 2-2 at Southampton