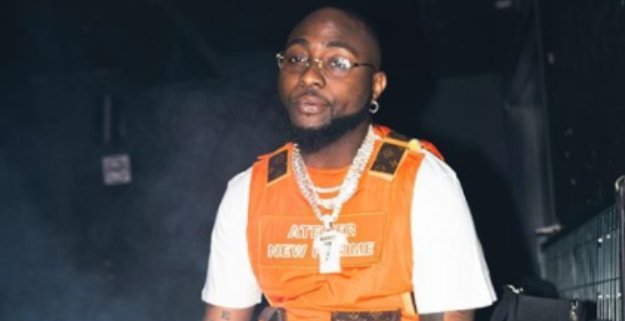 Music star David Adeleke popularly known as Davido has shown concern for the actions taken by some Nigerians who have gone against the initial plan of the peaceful protest.

The singer took to his social media page to express his disappointment in some Nigerians who have taken to looting offices, shops of innocent people, destroying public amenities which is useful for the masses. 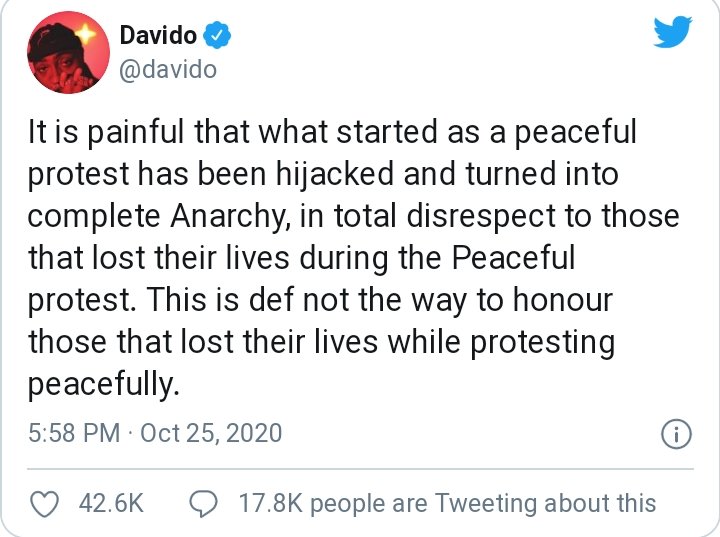 Davido stated that there had to be law and order for changes to happen in the country.

The star then called for an end to the lootings and burnings going on nationwide adding that Nigeria needed to be in order for any meaningful change to take place. 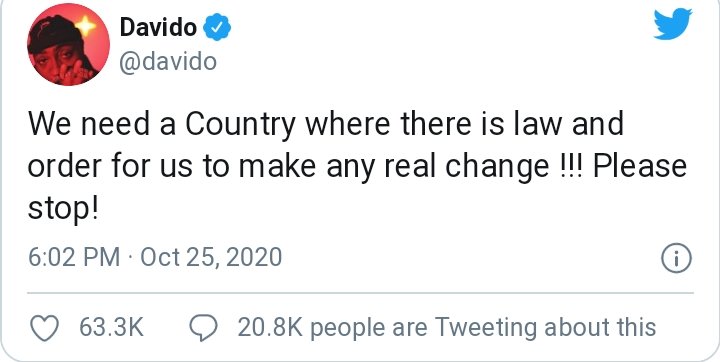 His post brought about mixed reactions from some of his fans as they took to the comment section to express their opinion.

Here’s what some of them had to say: 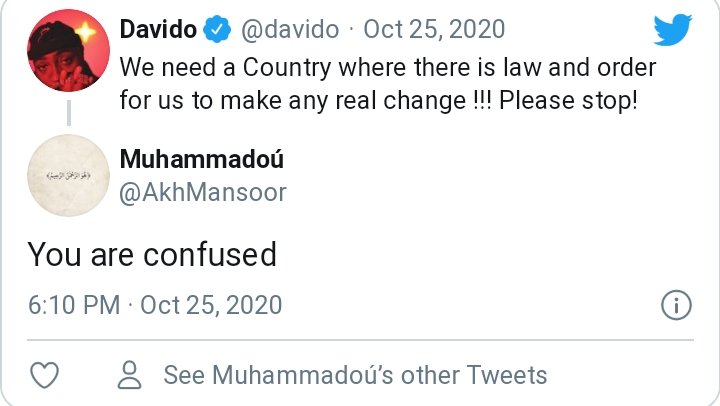 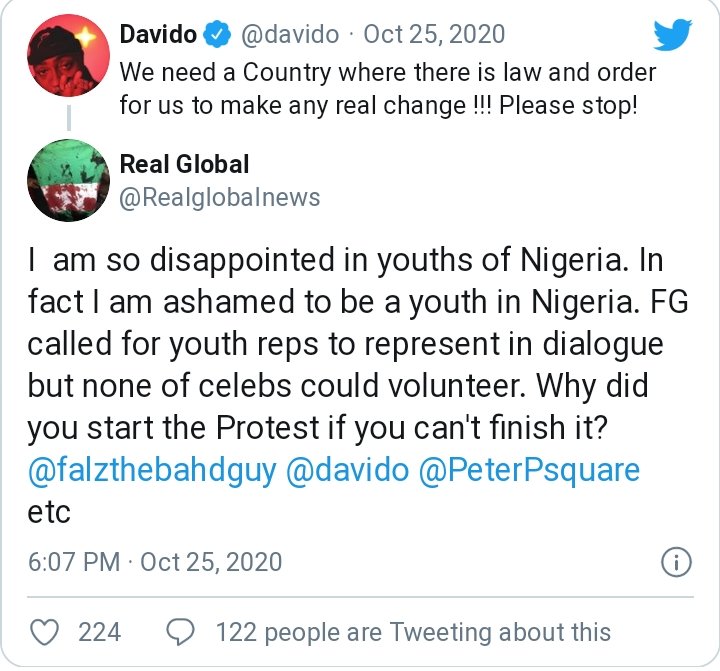 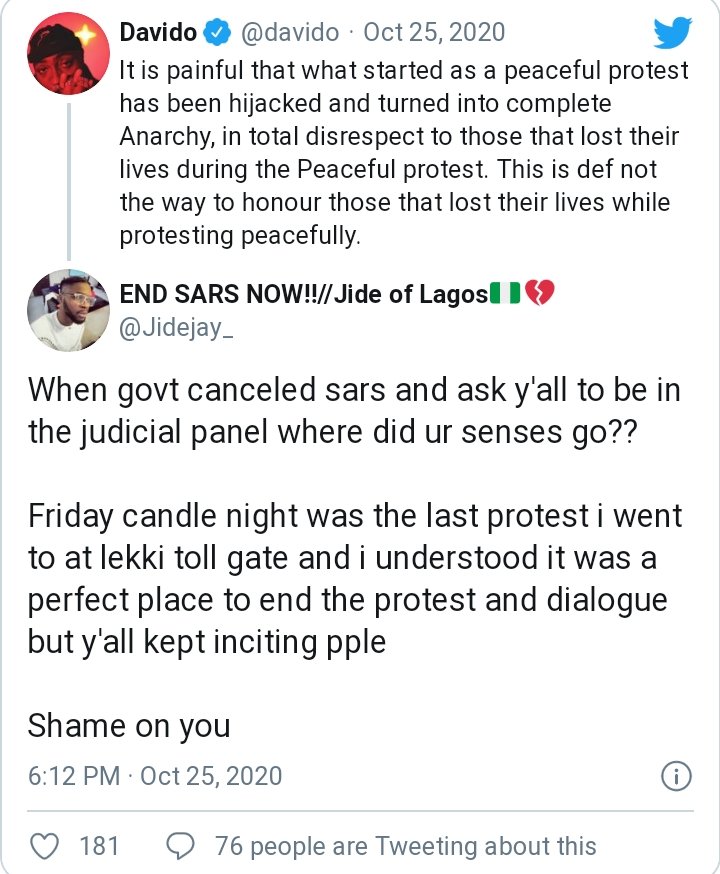 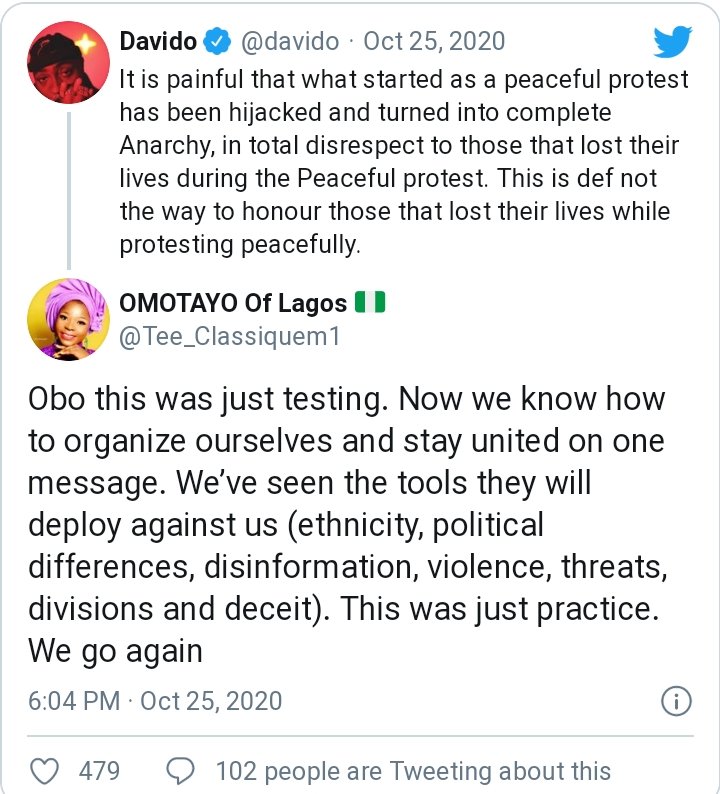