Nigerian celebrities have taken up the challenge to be at the forefront of the ongoing EndSARS campaign which is currently the talk of the town.

Singer Wizkid has also been very vocal about the need for the SARS unit to be disbanded from the Nigerian police force assuring his fans that he will be part of an upcoming protest against the unit on October 12, 2020.

He made this known while responding to a tweet on Twitter by Dipo Awojide asking him to join in the protest which he gladly obliged. 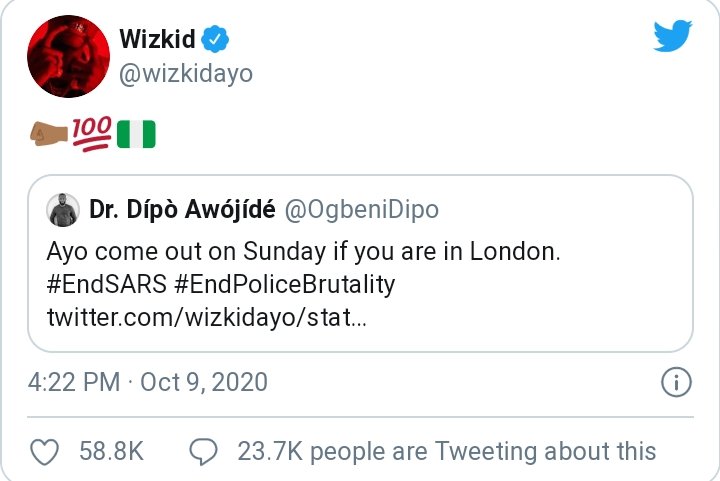 However, Davido has left no stones unturned as he is also lending his voice and support to make sure that things fall in place.

According to Davido, there is a need to dialogue with the top officials of the country adding that it would be a face to face meeting and not the usual virtual meetings.

“We need dialogue with the top ASAP … no zoom no phone call no ig live … we want face to face.” 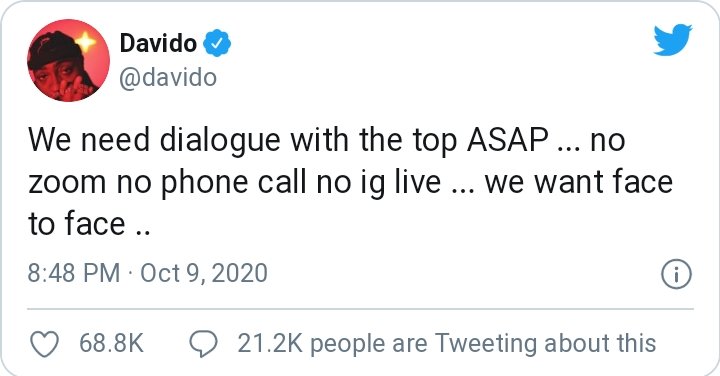 Reacting to a follower, Davido gave his assurance to make the meeting happen. 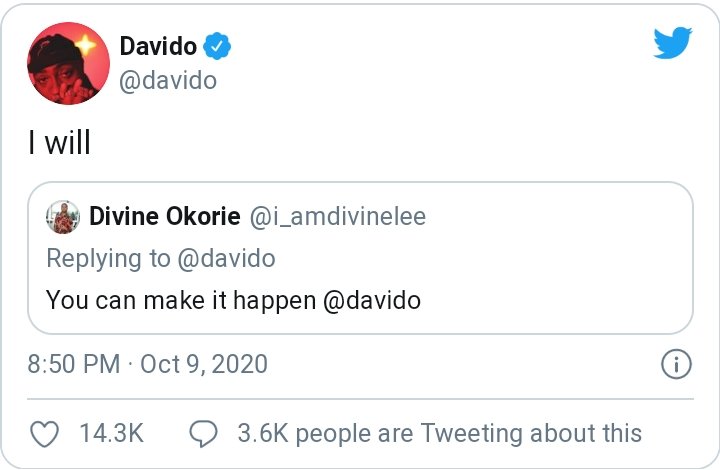