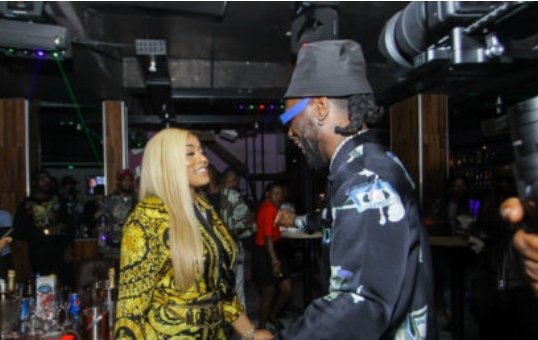 The girlfriend of music star, Burna Boy, Stefflon Don has spoken up on behalf of her partner concerning the ongoing #EndSARS campaign in the country.

Stefflon took to her Twitter page to rant on how people are so full of evil and also brutalize their fellow humans. In response to a fan who asked about Burna Boy’s whereabout as he has not been seen or heard of in the ongoing campaign and she replied by saying that the singer is doing something to help with the changes we need adding that he is doing more than just posting on social media.

In her words: “I really do not get how ppl can be so Evil, especially against their own.This shit makes me so sad. It’s easy to tweet and say some stuff that the ppl want to hear but thats not all that really matters what really matters is what is going on behind the scenes and what someone is actually “DOING” to help make the changes we need.

Big up everyone doing their part. Ain’t got to thank me sis its fax we all in this together!!!!He is doing something that will help out allot more than just sending out tweet, I promise.” 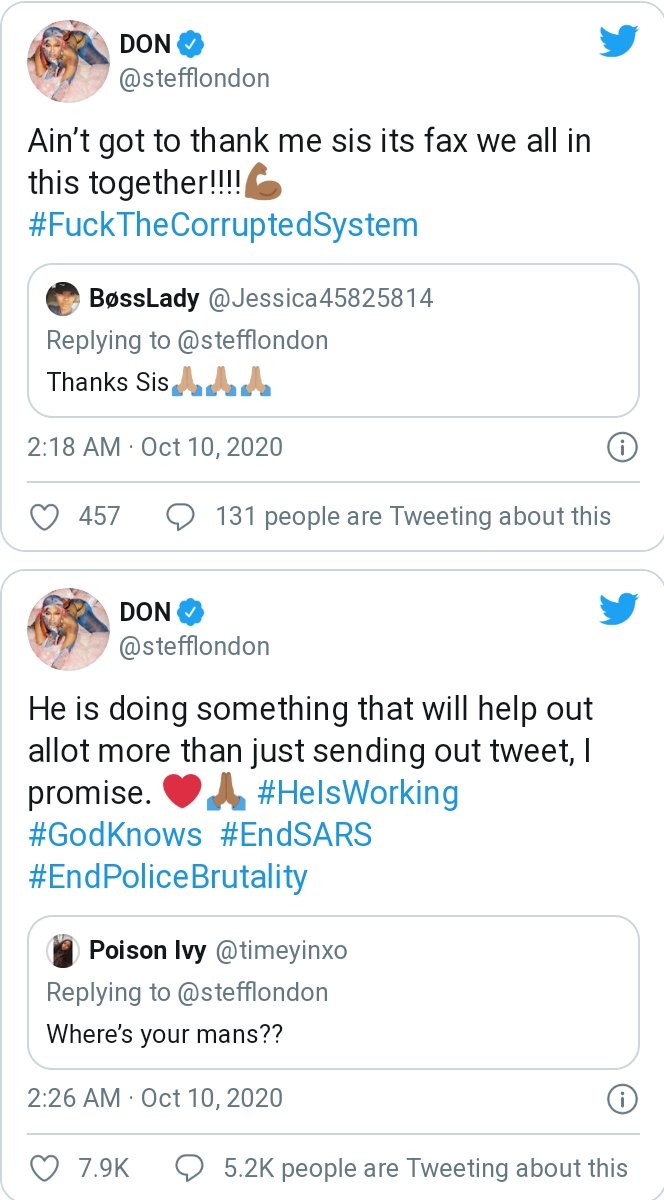